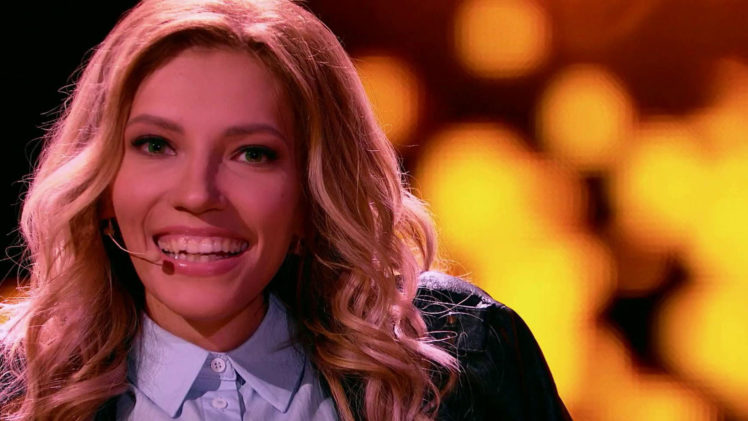 Ukraine has the right to demand the implementation of the law in relation to the Russian singer Yulii Samoylovoy, but the fact that Russia still decided to send its representative to this year held in Kiev “Eurovision” is a kind of a gesture of reconciliation. Such an opinion was expressed by the Russian human rights activist, head of the Moscow Helsinki Group Lyudmila Alekseeva.

“On the one hand, I am glad that our leaders still decide to send a Russian representative at” Eurovision “. Neighborly. This is a good step, which shows the desire of reconciliation. But on the other hand, I understand the Ukrainians: Crimea captured now want to make peace, but the Crimea is not returned. It is clear to me, “- Alexeyev said, commenting on the Ukrainian edition of” Explorer “the situation surrounding the nomination of the representative of Russia in the international music competition” Eurovision “.

Russian human rights activist has also recognized that “there are Ukrainian laws, and they must comply with.” However, she admitted that the Russian singer could have visited the Crimea, “whether he is Ukrainian.”

In this context, Alexeyev told that visited the peninsula, as it was her little homeland to the annexation of the Crimea. Due to old age she can not go there now, but “I fully admit that if I were younger, I would have to go on a his small home, no matter who it belongs to,” – she said.

“I would not want us to even about it [on participation in” Eurovision “Yulii Samoylovoy] quarreled. When fighting bosses, we should not pay attention to it. I belong to the Ukrainians as well as before. What a difference to us? Let them find out the relationship, and we have to treat each other with respect, as it should be neighbors, as it is necessary for people who have a common history, “- Alexeyev said.

At the same time, she added: “I feel very sorry for Russia because of this history of the Crimea.”

Recall that in Russia ended with the internal competitive selection of artists for the contest “Eurovision” -2017, the winner of which was a girl with a disability Julia Samoilova. In the summer of 2015 the singer participated in the festival “World of Sports, and good”, which was held in the Crimea. Thus, according to Ukrainian law, Samoilova violated the procedure for crossing the Ukrainian border. The singer is also listed as a “purgatory” center “Peacemaker”.

March 13 Advisor to the Minister of Internal Affairs of Ukraine Anton Gerashchenko said that the law enforcement agencies , there are two ways to resolve the situation on the Russian representative at “Eurovision” Yulii Samoylovoy, which violated the legislation of Ukraine. According to him, the first option – not to let Samoilov to Ukraine for violating the rules visit the occupied territory of Crimea. The second – to give Samoilova permission to enter the country, but at the same time and bring her to justice for violation of the state border.