The show trial of the “Azov” fighters in Russian custody did not take place due to Ukraine’s tough position and the support of an international community, – human rights defenders 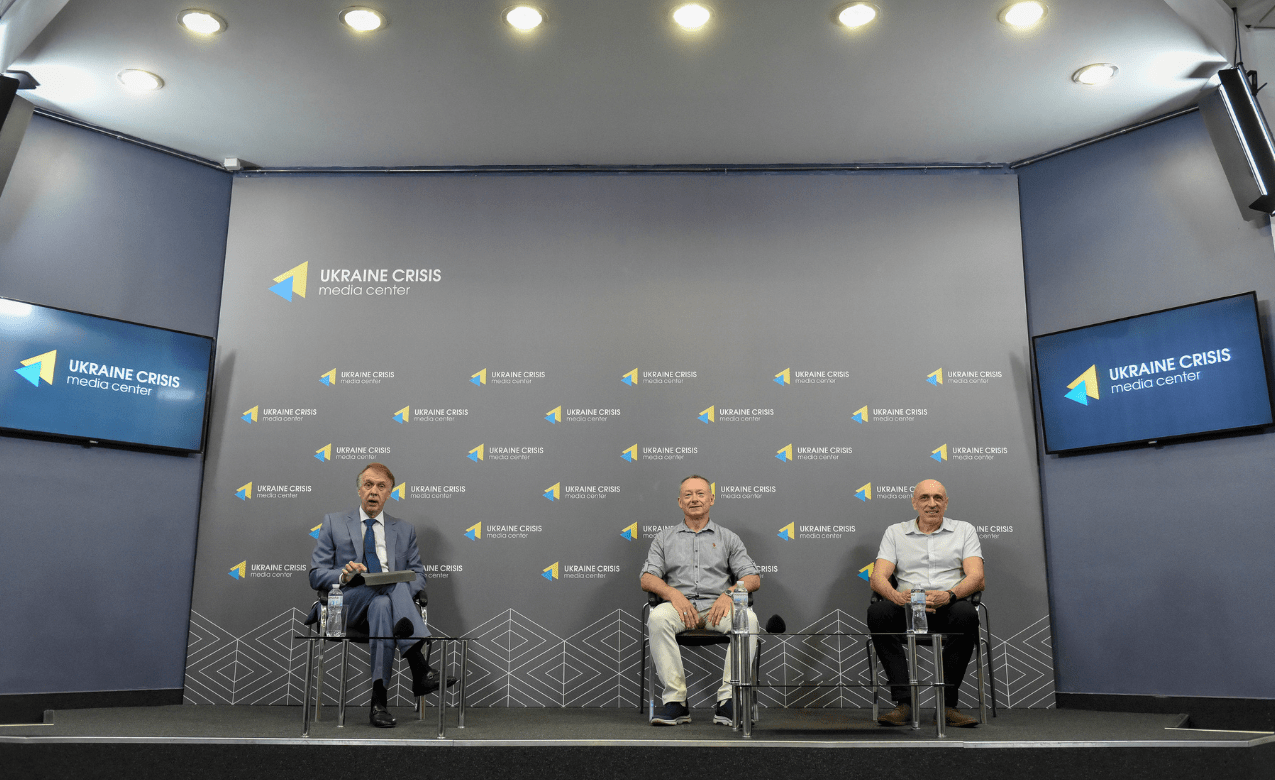 The so-called trial of the “Azov” fighters, announced by the Russian authorities, became impossible due to the fact that Ukraine took a tough position, which was supported by the world community. Oleksandr Pavlichenko, executive director of the All-Ukrainian Association of Public Organizations Ukrainian Helsinki Human Rights Union (UHHRU), said this during the briefing “Russian neo-totalitarianism and its consequences for Ukraine“, organized by the Center for Civil Liberties (CCL) and the Ukrainian Crisis Media Center (UCMC).

He noted, in particular, that the fight against neo-totalitarianism can be effective. “The absolutely illegal farce announced on August 24, the so-called trial of the Azov fighters, did not take place, and this was the result of the tough position of both Ukraine and the world community,” the executive director of the UHHRU emphasized.

The briefing was also attended by Mykhailo Savva, doctor of political science, professor, member of the Expert Council of the Center for Civil Liberties, who moderated the briefing, Volodymyr Ogryzko, head of the Russian Research Center and Minister of Foreign Affairs of Ukraine in 2007-2009.

The main topic of discussion was various threats of Russian neo-totalitarianism both for Russia’s neighboring countries and for Russians.

“Russia has completed the transition to neo-totalitarianism. This happened during the military aggression against Ukraine, and this transition is convincingly evidenced by the laws adopted in March 2022, which finally eliminated freedom of speech in the Russian Federation and created a legal basis for persecution for opinions,” Mykhailo Savva added, in particular.

He also predicted further intensification of political repression in the Russian Federation and in the annexed and occupied territories of Ukraine.

Thereby, the cooperation between Ukrainian human rights defenders and Russian human rights defenders is becoming very relevant. We must help Ukrainian prisoners of war and Ukrainian citizens deported to the Russian Federation. We can only do this with the help of our Russian friends. The Ukrainian human rights community should at least try to help the Russians, who are now being tried for telling the truth about the war in Ukraine, being tried for what they say: in Ukraine, Russian soldiers are killing children, shelling residential areas, and committing other war crimes,” added a member of the Expert Council of the CCL.

“Many of these Russians want to turn the courts into information platforms for telling the truth about Russian aggression. Their attorneys need confirmation of war crimes,” Mykhailo Savva said.

He also emphasized the importance of influencing international organizations, which the Kremlin uses as a tool for political repression: “In March, several countries proposed to suspend Russia’s membership in Interpol. Interpol’s representatives then promised that every request of the Russian Federation for an international search would be checked for the presence of political motives. Even if they do, there is no benefit to such checks. Even in the presence of expert confirmation of political motives, Interpol does not stop the search. We plan to appeal to Interpol on behalf of human rights organizations in order to stop the gross violation of the Charter of this organization.”

Volodymyr Ogryzko gave an assessment of the ideological basis of Russian neo-totalitarianism: “The concept of rashism is a Ukrainian invention. We recently held a round table on rashism, where we analyzed this phenomenon in detail. This is both the ideology and the practice of modern Russia, a terrible, inhumane practice.“

It should be noted that Ilya Ponomarev, a well-known politician, was supposed to take part in the briefing but on August 31, he took part in events dedicated to establishing joint activities of several organizations of Russians who have started an armed struggle against Putin’s regime both on the territory of Ukraine and in Russia. Through the moderator, Ilya conveyed his main thesis to the journalists: “It is important for Ukraine that the empire does not once again change its historical form, that is, disintegrate, cease to exist. The empire must be dismantled and demilitarized — that is, it has lost the ability to carry out large-scale aggression. Ukraine needs to support those Russians who will implement this right now.”