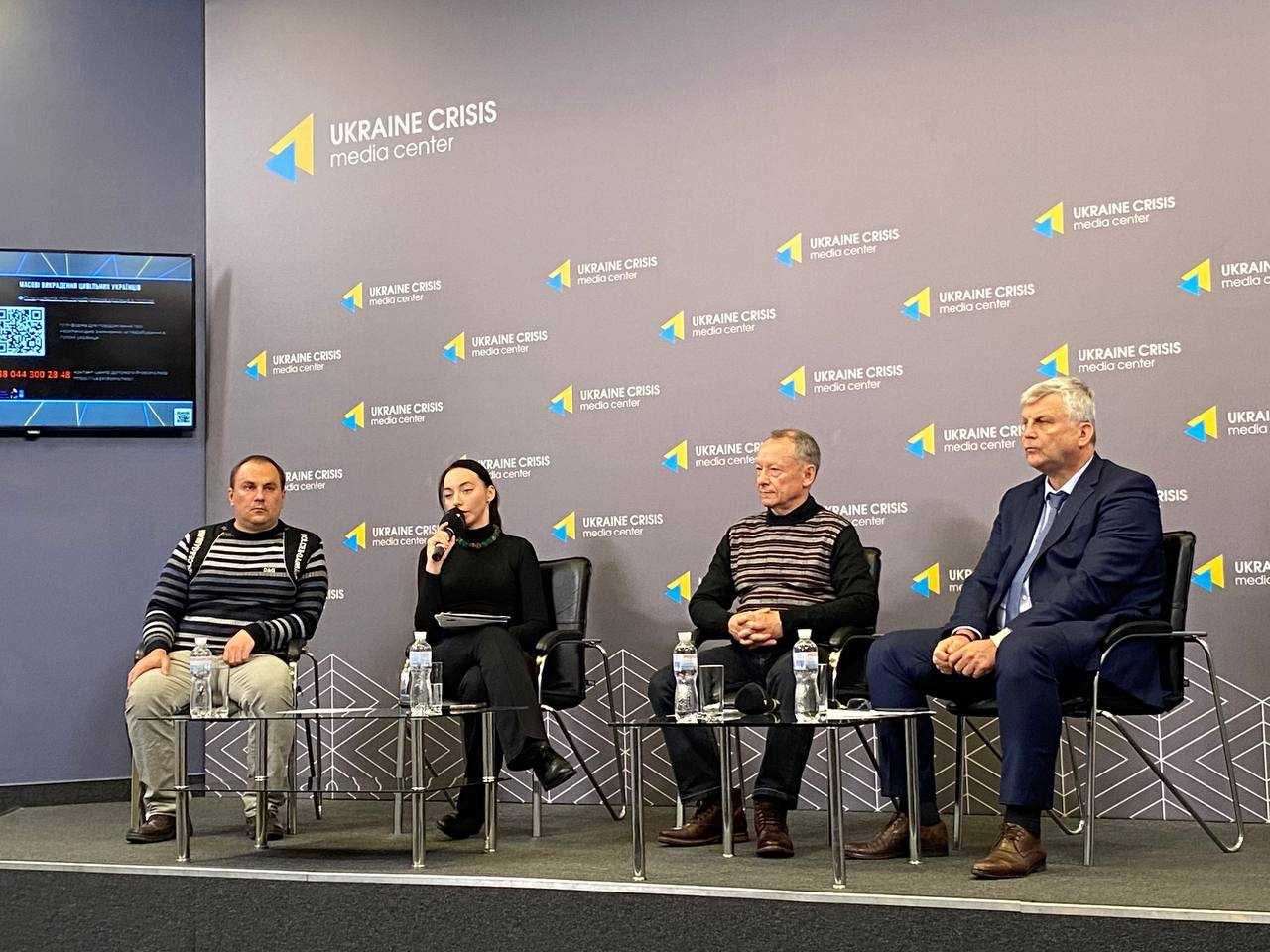 The main goal of the policy of the Russian occupying power in the occupied territories of Ukraine is to destroy the resistance potential of Ukrainians. This is almost the only explanation for mass detentions, in fact, Ukrainian civilian kidnappings. First of all, those who take an active position. These are human rights defenders, journalists, activists, representatives of local self-government bodies, religious figures. Mykhailo Savva, the representative of the Center for Civil Liberties (CCL), said this during the briefing “Mass abductions of Ukrainian civilians by the Russian military”, organized by the Center for Civil Liberties and the Ukrainian Crisis Media Center (UCMC).

“They (the Russian occupiers – ed.) are isolating centers of resistance, detaining our citizens,” the human rights activist emphasized. Mykhailo Savva reported that currently, Ukrainian human rights defenders are aware of 24 places of forced detention of Ukrainians on the territory of the Russian Federation and Crimea. “They are held in pretrial detention centers, prisons, newly created isolation cells, correctional colonies, and even settlement colonies. We also know of one case of detention of Ukrainian women in a settlement colony. Ukrainians are kept separately from other prisoners; separate guards are appointed for Ukrainians. These are the military police of the Russian Federation, and not employees of the penitentiary system of the Russian Federation. “Ukrainians are specially immersed in an information vacuum. They are tortured, they are mocked,” said the CCL’s expert.

He also noted that the Russian authorities, by detaining Ukrainians for “countering a special military operation,” are deliberately violating Article 65 of the Geneva Convention on the Protection of the Civilian Population in Time of War. It clearly defines: “Criminal liability regulations adopted by the occupying power can enter into force only after they have been published and brought to the attention of the population in their native language. These provisions should not have retroactive effect.”

“It is obvious that the population of the territory of Ukraine occupied by the Russian Federation could not know, in the absence of official information from the occupiers, exactly what restrictions are being implemented in this territory. Russia should immediately release all non-military Ukrainians without any conditions,” the human rights activist emphasizes.

In turn, the CCL’s project manager, Anna Popova, emphasized that “Russia in the occupied territories is fighting, first of all, with local opinion leaders, with those people who demonstrate a proactive civic position.” During the briefing, she presented the interactive Map of violent disappearances of human rights defenders, journalists, activists, representatives of local self-government bodies, and religious figures created by the CCL and partners from the “Tribunal for Putin” initiative.

“As of the end of September, the Center for Civil Liberties recorded 146 cases of the enforced disappearance of human rights defenders, activists, representatives of local self-government bodies, journalists, and religious figures and highlighted them on a unique interactive map. It should be noted that there are cases of repeated detention of Ukrainians who actively express their pro-Ukrainian position,” said Anna Popova.

“In general, the Central Civil Service has 671 cases of the enforced disappearance of Ukrainians in its database, of which 253 people have already been released, 11 people have died. The largest number of violent abductions was recorded by human rights defenders in the Kherson region,” the CCL’s manager added.

She also said that human rights defenders have developed special instructions for relatives of civilians who have become hostages of the occupiers. It tells step by step what needs to be done to find a missing person.

According to Oleksandr Kononenko, the representative of the Commissioner for the observance of human rights in the system of security and defense sector bodies, on the basis of appeals to the Secretariat of the Commissioner for Human Rights of the Verkhovna Rada of Ukraine, more than 9,000 cases of disappearance of civilians have already been recorded (it should be noted that the CCL documents contain only violent disappearances – ed.). According to the government representative, “2,241 people were found, 44 people were freed, and 97 people died. At the same time, the International Committee of the Red Cross recorded only 170 cases of the enforced disappearance of Ukrainians.”

He also emphasized that the Russian side deliberately violates the third and fourth articles of the Geneva Convention when it equates civilians with prisoners of war. The Russian Federation includes among them, former participants of the anti-terrorist operation, law enforcement officers, military personnel, in particular, volunteers, educators, and doctors.

The facts cited by human rights defenders were confirmed by Serhii Gorgol from the village of Kozarovychi, Vyshhorod district, Kyiv region. The man experienced all the elements of the occupiers’ policy. He fell into the hands of the Russian military at the beginning of March this year. It was expressed in the fact that a so-called “curator from the FSB” worked with the prisoners, who forced people to write receipts stating that they, citizens of Ukraine, would not “cooperate with the Armed Forces.” “Arriving accompanied by machine guns, he threatened us that the FSB would “pour them (these receipts – ed.) into the Network, and then we would have “problems with the SBU.”

The CCL continues to collect facts about the forcible abductions of Ukrainians, their captivity, and release, which can be reported by filling out a questionnaire.