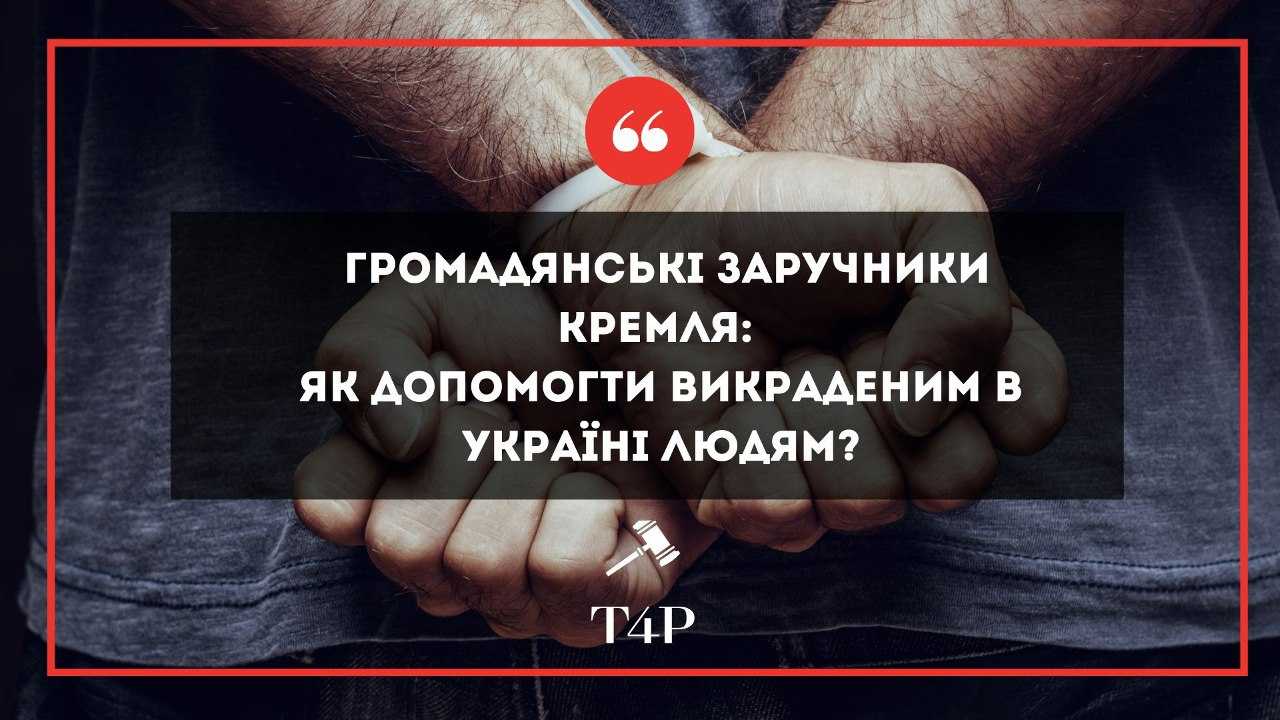 To protect the rights of people who are in Russian captivity, and to release them unconditionally– human rights defenders are faced with such tasks regarding Ukrainian civilians abducted by Russia. This was discussed, in particular, during another discussion “Civilian hostages of the Kremlin: how to help people kidnapped in Ukraine?” in the format of Solidarity Talks, which were held by the Center for Civil Liberties and the International Helsinki Association.

The moderator of the discussion, a member of the Expert Council of the Center for Civil Liberties, Mykhailo Savva, emphasized that in this matter, the world is now faced with a gross violation of international humanitarian law by Russia.

Human rights defenders noted during the discussion that the Russian authorities consider Ukrainian civilians as prisoners of war (POW). We need to find out where the citizens of Ukraine are and what is happening to them.

The “Tribunal for Putin” initiative plans a system of actions to solve two tasks. The main task is to free the abducted Ukrainians. And the second task is to protect their rights until the moment of their release. For example, the right not to be subjected to torture and inhuman or degrading treatment. “These people are now deprived of elementary things: correspondence with relatives, parcels, warm things” the human rights defender noted.

According to his sources, several member organizations of the initiative summarize information about places of forced detention of Ukrainian citizens in the Russian Federation and in the annexed Crimea. In particular, he noted: “We have already found 24 pretrial detention centers, prisons, correctional colonies from the Belgorod region to the Krasnoyarsk region of Russia. The Russian authorities do not allow Ukrainians to have any contact with the outside world, they are kept in a state of an information vacuum. Russian officials are lying about the fact that the kidnapped citizens of Ukraine are not in those places where they definitely are. We know about cases when these people are tortured, beaten, and forced to sing the national anthem of the Russian Federation. All this is a violation of the norms of international humanitarian law, and in some cases – crimes against humanity.”

Yulia Polekhina, a lawyer from the Ukrainian human rights group “Sich”, emphasize on people who did not take part in military operations, but were deprived of their freedom by the Russian occupiers and are behind bars.

“We do not know the exact number of these people because the databases are not complete. But we are talking about hundreds of Ukrainians who were illegally deprived of their liberty. Among the kidnapped Ukrainians are many local deputies and employees of executive authorities, public activists, journalists, former law enforcement officers, veterans of the anti-terrorist operation in Donbas,” she said.

The human rights defenders also add about the possible reasons for the capture of Ukrainian civilians by the Russian military: “They are collecting an exchange fund to exchange their prisoners of war. Although, as evidenced by recent exchanges, there are very few civilians among them. And the Russian authorities want to conduct demonstrative trials against citizens of Ukraine.”

Concluding the discussion, Mykhailo Savva thanked Russian human rights defenders and lawyers, religious leaders who are trying to protect the rights of abducted Ukrainians in the Russian Federation: “Without your work, it would be much more difficult for us. We are all at risk now. We are at war. You are risking your freedom.”

Previously the issue of assistance to Ukrainian refugees was discussed earlier in the format of Solidarity Talks. In particular, it was said that the distribution of important and, most importantly, practical information for people who left for other countries during the war is critically important.