Oleksandra Matviichuk, head of the Center for Civil Liberties 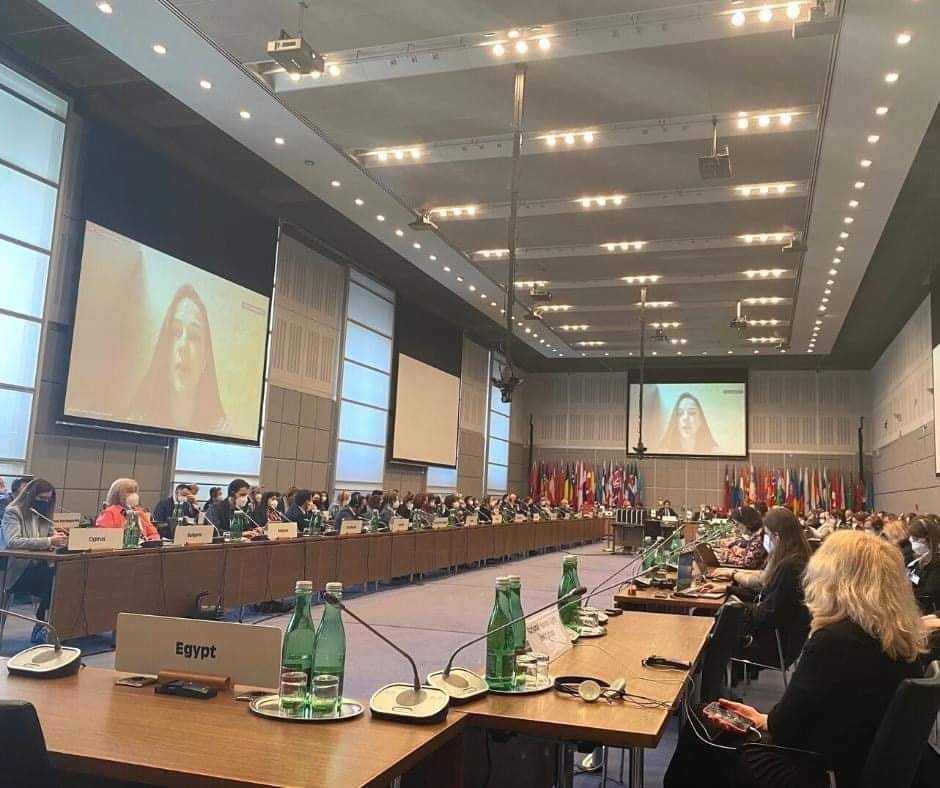 I am in Kyiv now, which is being shelled by the Russian military for more than a month. I see that Helsinki agreements lay in ruins – just as Mariupol, Chernihiv and Kharkiv. Bombs fall on residential buildings, hospitals, schools. Millions of Ukrainians left their homes. Thousands of people were killed. If the war is not stopped in the very near future, it will surpass the Balkan wars in terms of the number of victims and destruction. This is the most difficult challenge for Europe since the Second World War. This is a threat not only to Ukrainian sovereignty, but also to the very foundations of international law, collective security, and human rights.

War undermines the meaning of life. We have resumed the work of the Euromaidan SOS and are recording violations of international humanitarian law. A coalition of human rights organizations “Tribunal for Putin” documents attacks on civilians and civilian objects, deliberate killings, torture and ill-treatment, enforced disappearances, and other offenses under the Rome Statute. Such actions are not justified by any military necessity. Russia is simply using war crimes as a method of warfare.

War kills humanity and we must do everything to ensure that public sentiment and the actions of the authorities remain within the boundaries of humanitarian law. During martial law the Ukrainian authorities impose restrictions, but for now there is room for the press, parliamentary control and independent civic life. In Russia, after the blocking of the last independent media and the criminalization of anti-war statements, there is simply no space for public expression of independent opinions. All the more important are the voices against the war that we continue to hear from Russia.

War destroys all the usual modalities of life and work. People in destroyed cities sit for weeks in bomb shelters without water, electricity, medical care. During all this time, Russia has agreed with the International Red Cross on one single humanitarian corridor from Sumy. Instead, Russia illegally moves thousands of Ukrainians to its territory. And now the question is how can people without documents cross back the border. We must find additional mechanisms to control the situation with refugees, humanitarian corridors, prisoners of war, the persecution of the population in the occupied territories, and so on.

What is the role of the OSCE in all this as an international organization tasked with security in Europe? We have to be honest: it has failed to prevent a large-scale war and to fulfill its mandate. And it is important to understand why.

First. We can no longer afford to separate and marginalize the human dimension.  The state that systemically disregards human rights obligations, persecutes lawyers, journalists, human rights defenders is a security threat for the entire region.

Second. The connection between peace, progress and human rights is inextricable. That was evident for the Soviet dissidents in the Helsinki movement. Human rights and the rule of law are a matter of common security – just as important as the military potential or economic stability.

Third. Only the strong civil society matters can resist launching an aggressive war. You cannot stop the aggressor with reports or litigation. Human Rights are lost if left to diplomats, lawyers or experts. Human Rights education and awareness among the population should become a priority. Just as building ties and investing into the international antiwar and international human rights movement.

Militaries are speaking now, because civil society voices have not been heard before. Maybe we were heard at the HDIM, but not at the Permanent Council, not in the rooms where decisions are made by the people in power. If you do not want the power to stay only with those who have the stronger military, civil society voices need much more support.

Some questions that we want to ask now:

We don’t expect to get all the answers now. But we demand that you look for answers. We don’t need any more statements of concern or condemnation. We need concrete actions.

We are dying, but we are not giving up. For more than a month we are paying an enormous price simply for the right to a democratic choice. For the right to live and build a country where everyone’s rights are protected, the judiciary is independent, the government is accountable, and the police does not disperse peaceful demonstrations.

History is being written before our eyes. The countries participating in the Helsinki Accord need to step out of their comfort zone and take necessary steps to stop Putin and end this war in Europe – without requiring Ukraine to give up our democratic choice and without sacrificing our values.

After all, we are now fighting for your and our freedom. За нашу и вашу свободу. And we can only do it collectively. As Ukrainians, as Europeans, as human rights defenders, as people.