Statement of the Human Rights Agenda on the Bill “On the Security Service of Ukraine”, which poses risks to human rights 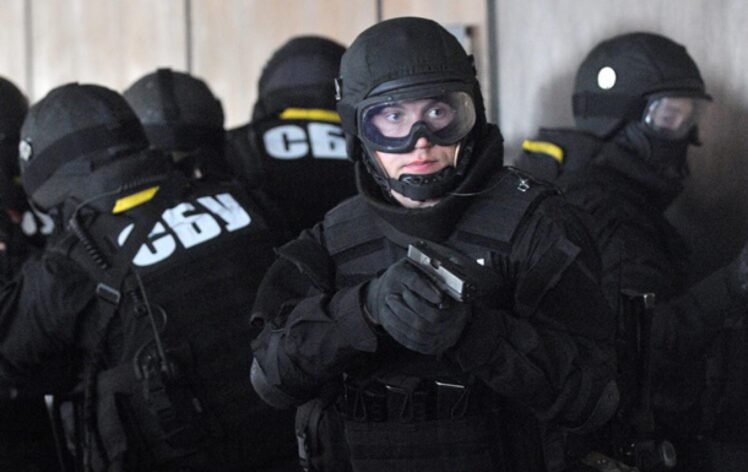 On October 16, the Committee on National Security, Defense and Intelligence of the Verkhovna Rada of Ukraine (the Parliament of Ukraine) agreed to include the bill № 3196 on Amendments to the Law on Ukraine’s Security Service on the parliament’s agenda. The first draft of the bill, which was proposed by the President in March 2020, was widely criticized by human rights activists due to its discordance with the Constitution and International Law. As a result, the bill was sent for a repeated first reading.

However, a bill revised by the Committee still includes most of the criticized provisions of the first edition. It expands the powers of The Security Service of Ukraine (the SBU) and creates preconditions for systemic human rights violations. It means that bill No. 3196 will not allow reforming the SBU in accordance with international law and best practices of democratic countries.

The recommendation of the Council of Europe № 1402 (1999) as well as the recommendations of the Venice Commission and of the United Nations caution that functions of national security services must stay separate from those of law enforcement bodies. The International Covenant on Civil and Political Rights and The European Convention on Human Rights set standards for the restriction of rights and freedoms. In particular, the right to life, right to liberty and security of person, right to a fair trial, freedom of expression, respect of private life, etc. The bill No. 3196 does not comply with these demands and recommendations.

Vague and unclear provisions on the SBU powers as well as a lack of any system of independent control are a matter of great concern. Firstly, this bill empowers the SBU with law enforcement functions – the right to carry out investigative activities and pre-trial investigation of any criminal cases concerning threats to national security. At the same time, it does not ensure any protection against abuse of power. This provision of the law allows great risks for human rights violations and power abuse. It could result in repressions against political rivals, journalists, and activists carried out for the benefit of particular political or private figures which have influence over the SBU. In most democratic countries security services do not have law enforcement functions or they have an effective system able to prevent its abuse. On the other hand, wide powers of security services cannot be used for criminal investigations as the main purpose of security agencies is to provide national security.

Secondly, preserving SBU’s law enforcement functions threatens other human rights. The bill does not limit the number of SBU officers allowed to use means of coercion (the use of force and force tools). It also does not provide any legal ways to control possible violations of human rights. The draft law lacks provisions on rules and procedures designed to prevent or to investigate cases of tortures and inhuman treatment. As a result, the bill does not guarantee freedom from torture, inhuman or degrading treatment as it is required by international law.

Moreover, the bill gives the SBU the right to detain suspected individuals. However, being less transparent than the police, SBU agents are not obliged to state their names and to inform Free Legal Advice Centres about the detention. It means that detainees are stripped of their right to legal aid and an opportunity to appeal. Furthermore, the content of such cases is often constituted as state secrets and the SBU demands formal security clearance to classified information from a lawyer. This clearance is issued by the SBU and can be revoked at any time, or, what is more, the permit may not be issued to a lawyer. It drastically limits options for an individual to choose a lawyer. This is just one of the many cases when the incorporation of law enforcement powers to the functions of a security agency leads to the shrinking of human rights and thus cannot be practiced in any democratic country.

The new draft law allows the SBU to access directly all databases and demand any information. In addition to it, the bill does not have any clear provisions concerning storage, deletion, and spreading of information. This creates serious concerns about privacy, spreading personal information without consent, and unlimited intrusion by the SBU into lives of citizens. Instead, the law must indicate detailed procedures and legal bases for obtaining information from state institutions, legal entities, and individuals, as well as providing a system of control over it. The law must contain a list of state databases that can be accessed by the SBU while information from natural or legal persons can be given only by court decision.

Ultimately, the bill does not create a system of independent control over the SBU and does not oblige it to cooperate with any supervisory bodies. Similarly, the new draft bill does not ensure any legal consequences for the SBU in case of not providing annual reports or providing false information. The provisions of this bill do not provide any control over the SBU that increases risks for power abuse and human rights violations.

The platform “Human Rights Agenda” is an informal coalition of human rights organizations which solve the systemic problems of the legislation and practice for the protection of the fundamental human rights. The members of the Platform are Ukrainian Helsinki Human Rights Union, Kharkiv Human Rights Protection Group, Center for Civil Liberties, Amnesty International in Ukraine, Human Rights Center ZMINA, Law Enforcement Research Center, Project “Without Borders”, Euromaidan SOS and others. The coordination of the Platform activities is performed by the Center for Civil Liberties. Contacts: human.rights.agenda.ua@gmail.com