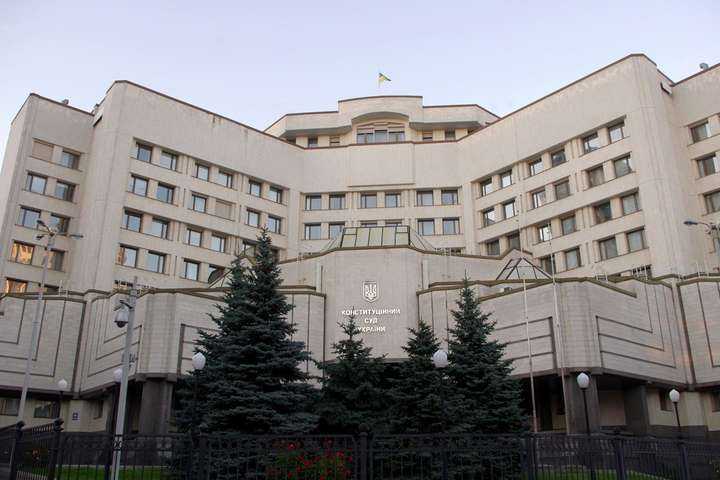 Once again Ukraine ended up in a constitutional crisis aggravated by the decision of the Constitutional Court of Ukraine (CCU) adopted on October 27 and the Draft Law introduced in response by the President of Ukraine that suggested to consider that decision of the CCU null and void and terminate the powers of all judges of the Constitutional Court. The main players neglect the law and are guided solely by political expediency, which does not solve the complex situation, but only aggravates it.

The CCU declared the criminal liability for false declaration unconstitutional, as well as the provision on open access to the declarations of persons of all officials who file them by submitting electronic declaration. That decision caused the great concerns of the international partners of Ukraine. The EU Delegation even stated that the decision may become the reason for the temporary suspension of visa-free regime between Ukraine and the European Union.

The politicians, anti-corruption activists and all interested persons who believe the open e-declaration and anti-corruption reform to be the great achievements of the Revolution of Dignity, gathered for a rally under the walls of the Constitutional Court demanding the resignation of the judges and cancellation of the decision. On October 29 the President, Volodymyr Zelensky, convened a meeting of the National Security and Defense Council of Ukraine (NSDC) and on the same day he introduced the bill on the annulment of the CCU decision of 27 October on e-declaration and the dissolution of the Constitutional Court.

Given the current situation, the Human Rights Agenda states the following:

– The decision of the Constitutional Court of Ukraine goes beyond its own discretion and does not meet the requirement of the complete and comprehensive consideration of cases and the validity of decisions. The separate judges of the CCU who participated in the adoption of the decision had the conflict of interests, because the institutions that became the subject of the constitutional application applied to them.

– The bill proposed by the President grossly violates the Constitution of Ukraine and effectively destroys the separation of powers in the country. We support the position of the Presidents of the Venice Commission and the Group of States Against Corruption (GRECO) who noted that “a violation of the Constitution, even for a good reason, cannot lead to the culture of constitutionalism and respect to the rule of law which should underlie the fight against corruption”.

– Anti-corruption legislation really has a number of shortcomings which have to be rectified: excessively repressive orientation, an inflated circle of subjects which blurs the focus of anti-corruption policy, over-bureaucratization of the procedures. In practice it turns into a scholastic process, when formal minor grounds cause serious consequences – prosecution, litigation, dismissal from public service, which is not directed at overcoming the real corruption.

Given the current situation, the Human Rights Agenda:

– Stresses that political actions that violate the principles of the law would have destructive nature and will serve the benefit of the aggressor state.

– Demands the resignation of the Head of the Constitutional Court of Ukraine, because it is generally unacceptable to buy a house and land in Crimea occupied by Russia and work in the civil service, and even more so to hold such position.

– Calls on the President to suspend the promotion of his bill that was introduced as an urgent one, “On restoring public confidence in the constitutional justice”, and calls on all public deputies to abstain from voting for it.

– Invites the Constitutional Court of Ukraine to provide an interpretation and clarify the content of this decision.

Forreference: The platform “Human Rights Agenda” is an informal coalition of human rights organizations which solve the systemic problems of the legislation and practice for the protection of the fundamental human rights. The members of the Platform are Ukrainian Helsinki Human Rights Union, Kharkiv Human Rights Protection Group, Center for Civil Liberties, Amnesty International in Ukraine, Human Rights Center ZMINA, Law Enforcement Research Center, Project “Without Borders”, Euromaidan SOS and others. The coordination of the Platform activities is performed by the Center for Civil Liberties. Contacts for communication: