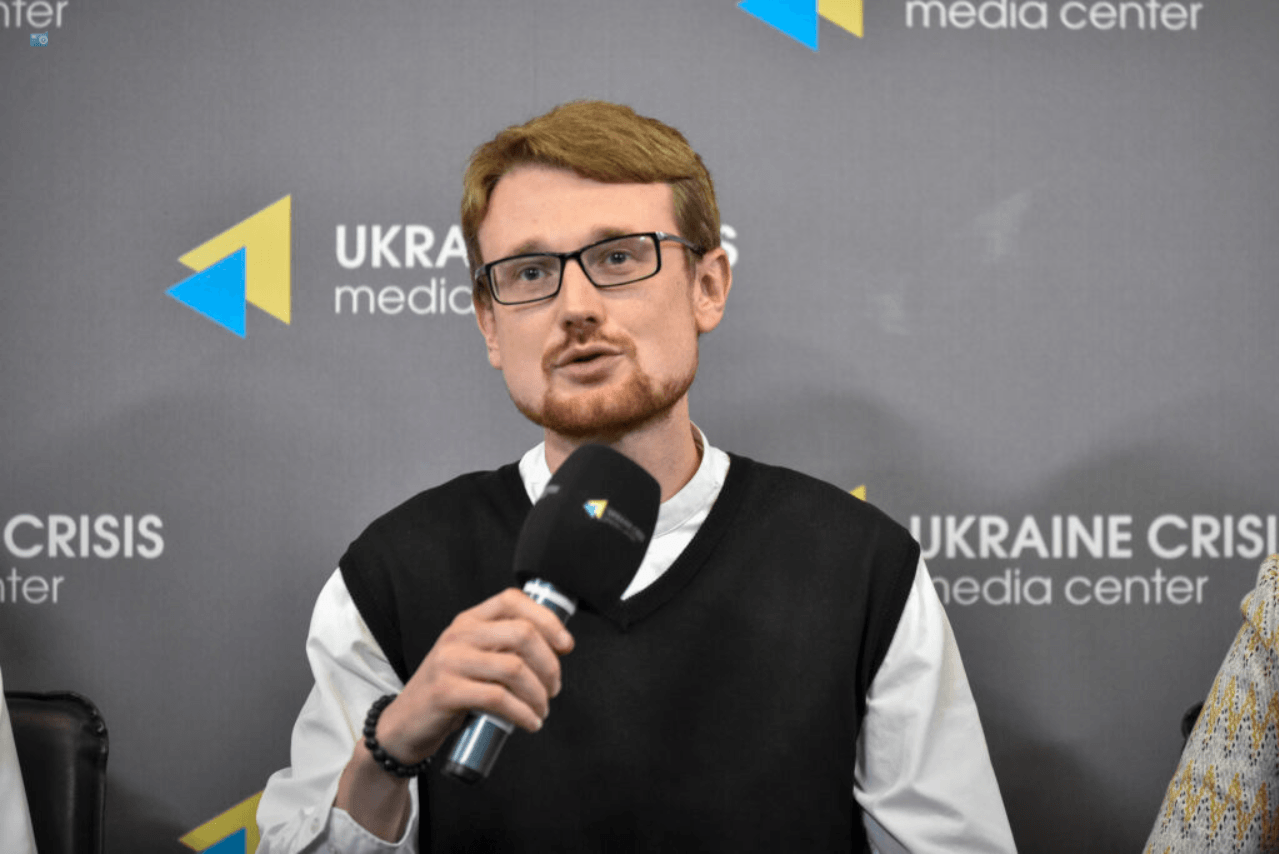 People who became victims of war crimes committed by the Russian Federation on the territory of Ukraine should not remain silent and should fight for the restoration of justice, in particular, appeal to the ECHR. This was discussed during a special press conference at the Ukrainian Crisis Media Center (UKMC), which took place the day before, on November 8. The event was organized by the “Center for Civil Liberties” (CCL) and the Ukrainian Helsinki Human Rights Union (UHHRU).

During the event, Sviatoslav Ruban, documenter of the “Tribunal for Putin” initiative from CCL, spoke about how it is fundamentally important to help the law enforcement system to document war crimes. Thus very often, the victims of such crimes are not ready to cooperate closely with law enforcement officers and be utterly frank with them.

“During the 256 days of the Russian invasion, it became obvious that the Russian Federation was deliberately committing crimes on the territory of Ukraine, which, according to the Rome Statute, are signs of genocide, war crimes, and crimes against humanity. The “Tribunal for Putin” has recorded more than 24,000 similar cases. It is important for us to collect this data to bring the perpetrators to justice, to achieve justice,” he emphasized.

The human rights defender also talked about other aspects of the initiative’s activities, particularly information campaigns, work on assessing the scale of crimes, and field trips.

“Sometimes … victims do not understand that they have become victims of war crimes. After all, war crimes are not only the killing of the civilian population, but also the use of people as human shields, kidnapping, appropriation of property, humiliation, and other forms of violence against people,” Svyatoslav Ruban added.

Women victims of war crimes also told their own stories at the press conference. All these stories, Lyubov Stolyuk from the Borodyansky district of Kyiv region, whose 10-year-old daughter died as a result of shelling, Oksana Korneva from Donetsk region, who miraculously survived after a fragment of a cluster projectile missed vital organs and “stopped” in the spine, or Olena Tsygipa, who is looking for a husband, kidnapped by the Russian military, testify to the enormous scale of the crimes of the Russian army against the Ukrainian people.

It is worth noting that the Ukrainian Helsinki Human Rights Union lawyers sent 50 applications to the ECHR in the cases of Ukrainians who suffered from war crimes.
During the press conference, Olena Kuvayeva, a lawyer at the Center for Strategic Affairs of the UHHRU, emphasized that human rights defenders are primarily grateful to people who agree to publish their stories, even though it is morally challenging.

“After all, for documentation, for criminal proceedings, it is crucial to interview them in great detail. In particular, we do this to tell the international community about these crimes. All these three stories are about war crimes and violations of human rights. Therefore, we have to apply to the ECHR. Russia withdrew from the ECHR (European Convention on Human Rights – ed.) and thought its provisions did not affect it, but it is not. Russia must be responsible for everything that happened before September 15,” Olena Kuvaeva emphasized.

She also told why it is important to apply to the ECHR.

“People and the whole society need this. The most important thing is to apply for justice; it is also an opportunity to receive compensation. Moreover, the cases in the ECHR and their decisions are one of the ways to show the Council of Europe, the whole of Europe, the scale of what is happening in Ukraine. I urge everyone to turn to lawyers, to turn to the ECHR. We have our own Ukrainian meaning of the phrase “Never again!”. Every such documented story is important. On the other hand, the decisions of the ECHR may become a certain prejudice to the future international tribunal (on Russia – ed.) All these materials, every story – in the end, will go to the tribunal that will condemn Russia. Contact UHHRU and other organizations. Justice can be achieved!” Olena Kuvayeva summarized her speech.