Public discussion”Freedom of religion in Crimea: the view of human rights activists and religious figures” 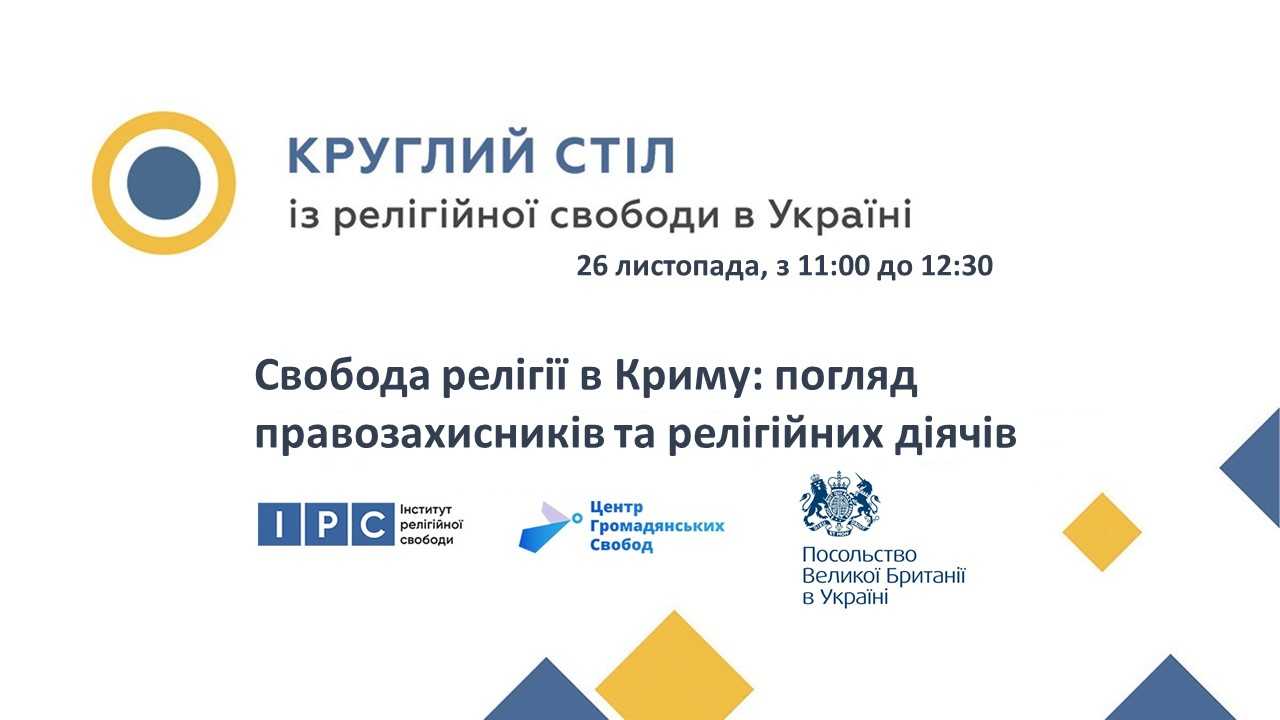 The Russian occupation of Crimea has caused numerous violations of freedom of thought, conscience and religion. Enforcement of Russian law significantly worsened the situation for religious communities and associations. Threats include a requirement for re-registration of religious communities and objects of religious significance, coercion to become a Russian citizen, control over the publication and distribution of religious literature, and special rules for missionary activity. One method used to pressure religious groups was the deprivation of ownership of spiritual buildings through physical seizures and decisions taken by courts of the occupying power. It is also common to carry out mass raids on mosques to check Muslim documents during the Jummah prayer (Friday prayer). The number of court cases initiated for belonging to religious organizations recognized in Russia as terrorist or extremist is growing.

Human rights activists and religious figures will gather on November 29 at 11:00 Kyiv time (EET, Eastern European Time) to discuss religious freedom in occupied Crimea and what practical measures the Crimean platform can take.

To participate in the discussion, please register until November 27 using this form. All registered participants will receive a link to the Zoom conference.

The event is 1 h 30 m long. Working languages are Ukrainian and Russian.

For reference: The Round Table on Religious Freedom in Ukraine (ReligiousFreedom.in.ua) is a permanent platform for dialogue between various representatives of civil society, especially between religious and human rights organizations, with the involvement of experts and the authorities. The work of the Round Table is coordinated by the Center for Civil Liberties and the Institute for Religious Freedom.