International Day for the Abolition of Slavery 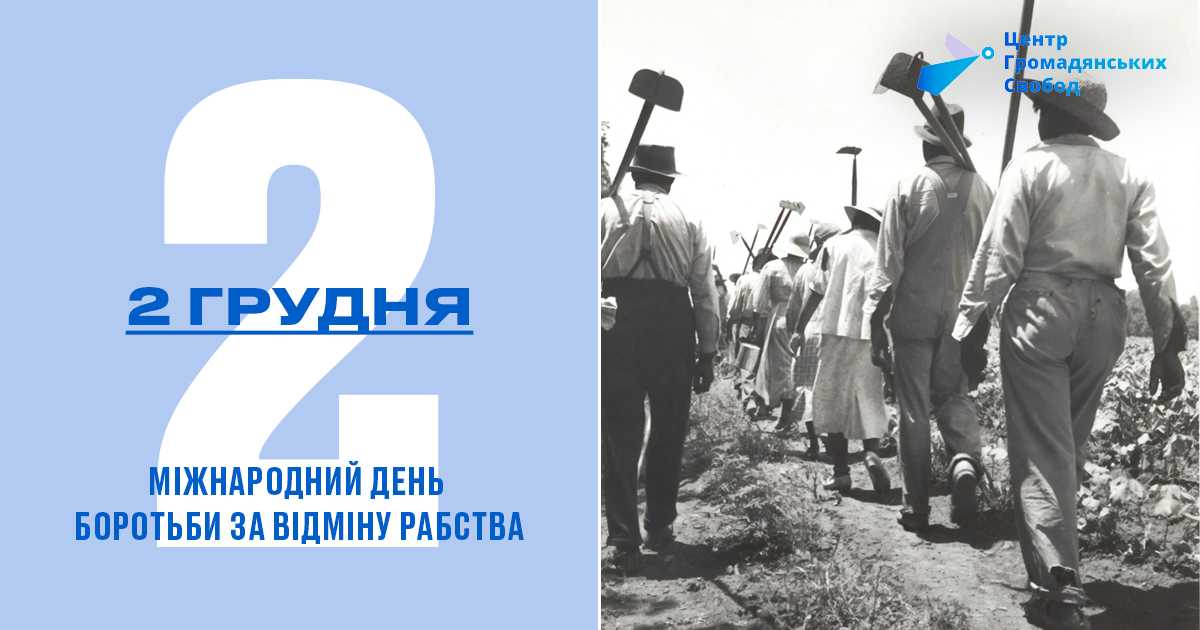 On December 2, 1949, the UN General Assembly adopted the Convention for the Suppression of the Traffic in Persons and of the Exploitation of the Prostitution of Others.

By ratifying the 1955 Convention for the Suppression of the Traffic in Persons and of the Exploitation of the Prostitution of Others and the 1997 Convention for the Protection of Human Rights and Fundamental Freedoms, Ukraine undertook to recognize the obligation to prohibit slavery as an absolute state obligation, which cannot be limited under any circumstances.

According to the Ministry of Social Policy of Ukraine, there were 131 victims of human trafficking in Ukraine, in 2020, including 33 women, 96 men and 2 children. Of the 131 people, 129 are citizens of Ukraine and 2 are foreigners. 113 people suffered from domestic trafficking, 18 people – from cross-border trafficking.

Remember, in order not to fall victim to traffickers, always independently verify the information about companies, whether foreign or Ukrainian, and in case of any problems, contact the appropriate authorities.