How does the SBU bill remove the right to privacy and provide access to all correspondence and conversations? 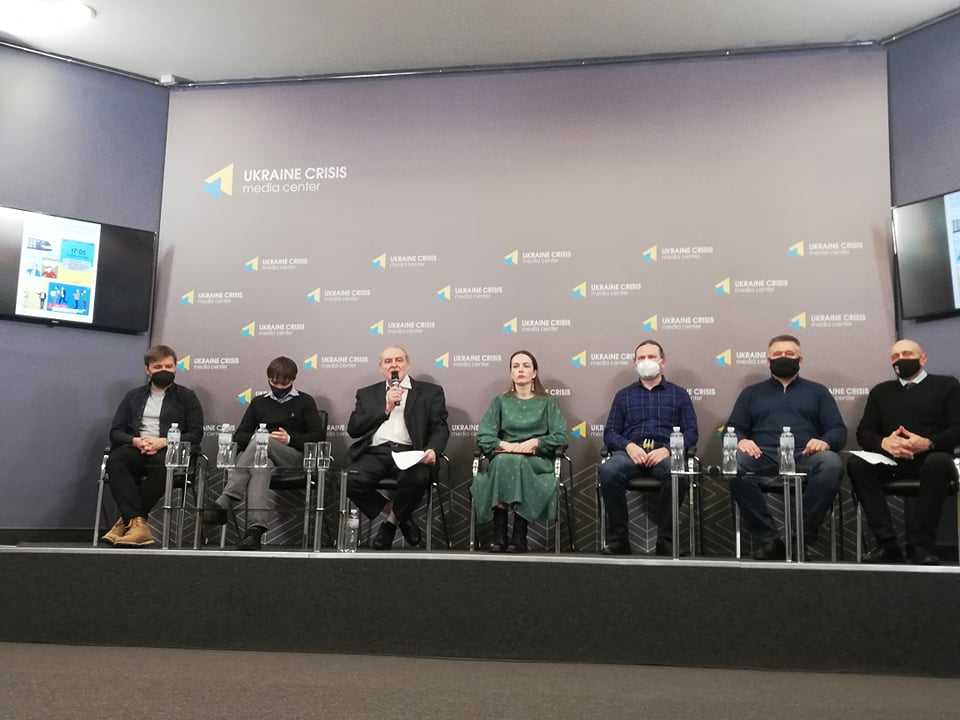 On November 11, the Ukrainian Crisis Media Center hosted a press conference on the draft law on the Security Service of Ukraine (№3196-D), which has been under consideration in Parliament for over a year and is due to be finalized next week.

Human rights activists and internet security experts provided expert assessments of the risks inherent in certain provisions of the document. According to the human rights community, the draft law does not clearly define the content of several powers of the Security Service of Ukraine, or the grounds and procedure for their use. This obscurity in the law creates a risk of human rights violations in the future.

“The SBU, which is the direct successor of the KGB, has been and remains the main violator of human rights (in Ukraine), performing both its essential and non-essential functions. The new bill effectively enshrines and legitimizes this situation, enshrining the excessive and disproportionate powers of the SBU, which are planned to be exercised without any control or the possibility of appeal in case of abuse, and without court permission to obtain information, as proposed in Article 13 of the bill. To act as a special service outside the current legal field in the processing of personal data, which will clearly violate the right to privacy,” said Oleksandr Pavlichenko, executive director of the Ukrainian Helsinki Human Rights Union.

“The most important thing is a significant expansion of the powers of the SBU, the implementation of which leads to human rights violations. Counterintelligence, which is removed from the scope of the Law on Investigative Activities with its limited guarantees against abuse, receives additional unheard-of powers, which it can use at its discretion. It is virtually impossible to challenge (the SBU’s) actions in court, due to the secret nature of counterintelligence measures. The reasons for such measures are simply limitless. I think that in any secret service in a democratic country, powers are simply impossible without a clear definition of the situations when they can be applied and control over their implementation.

At the same time, the new counterintelligence units, which will provide counterintelligence support for economic potential and the fight against organized crime, will fully take over the activities of the SBU departments that are being liquidated to investigate corruption and economic crimes. The SBU categorically does not want to give up control over the economy,” said Yevhen Zakharov, director of the Kharkiv Human Rights Group.

Certain provisions of the bill contradict international law and the Constitution of Ukraine.

“For more than 15 years, the PACE has reminded Ukraine of the need to fulfill its commitments, in particular reforming the SBU in accordance with the standards of oversight of security agencies in the member states of the Council of Europe. One such standard is to ensure political accountability and security transparency, which has traditionally been insufficient (in Ukraine). Unfortunately, even though some public proposals were considered in this bill, according to experts and colleagues from the human rights community, it contains a number of threats, which are manifested in the unprecedented expansion of the service, including “automatic” unauthorized collection of information. These powers, without adequate controls, create an opportunity for abuse and disturbs the balance between human rights and public interest,” said Yevhen Netsvetaev, Executive Director of the Ukrainian Institute of Human Rights.

In addition, the bill defines the SBU’s right to block resources on the internet and the obligation of telecommunications operators to install appropriate equipment that will provide automatic access to information.

“The SBU will be given the power to block access to Internet resources, i.e., censorship. This requirement is not present at all in leading democratic or even belligerent countries (USA, Israel, Sweden, Japan, etc.). The requirements of censorship on the networks of operators cannot be met exactly, meaning that “neighboring” sites or all platforms will be automatically blocked instead of individual pages. All currently available and promising Internet censorship systems are very easy to circumvent by technical means available to the public, the real effectiveness of such a system is very questionable, and the cost of creating and maintaining this mechanism is significant. The existence of a mechanism of censorship of the Internet will also lead (and has led) to its abuse, for example, censorship of resources of political opponents, competing businesses, (and) socially important information.

In addition to transforming the SBU into a censorship body, the bill provides for the construction of an unprecedented and completely uncontrolled system for monitoring network users at the expense of telecom operators, namely eavesdropping and distortion of subscribers’ network traffic using devices to be installed by telecom operators. This is a straight tracing paper (TSPU) system, similar to the one that is now being implemented in the Russian Federation for the further creation of a “sovereign”, i.e., completely controlled and disconnected from the outside world, a segment of the Internet “, – warned a member of the Board of the Internet Association of Ukraine Maxim Tulyev.

“At first glance, the bill provides only for judicial blocking of sites on three grounds. Such a measure, in general, can be an appropriate procedure to restrict access to malicious content on the Internet. At the same time, the devil lies in the details. One of the provisions of the law, de facto, enshrines the practice of blocking websites by Presidential decrees, giving the SBU the authority to participate in the application of sanctions to enforce the decisions of the National Security and Defense Council. The bill allows the SBU to restrict access to websites to counteract the conduct of special information operations against Ukraine, which is a broad reason that does not meet the requirements of legal certainty. The grounds for blocking sites are also not unified within the various sections and provisions of the bill.

In view of this, it is important that the bill be considered in parliament in full procedure. We are aware that given the public support of this project by Ukraine’s main partners, it is likely to be adopted. And therefore, it is extremely important to fully consider it, with the opportunity for each deputy to defend their amendments. A number of them, and authored by MPs from both the government and opposition factions, can significantly limit the harmful impact on the implementation of human rights in the online environment, “- said Maxim Dvorovy, lawyer, Digital Security Laboratory:

The debate over this bill revolves around two important values: security and civil freedom. There are many arguments about the need to have a strong secret service because of Russian aggression. In times of war, the value of security certainly needs special protection, but it is important not to give up freedom.

“The SBU is not deprived of any powers, on the contrary, these powers are growing significantly. Transitional provisions on deprivation of the SBU investigation are not clearly defined, as there are no changes to the criminal procedure legislation. In addition, if according to the current legislation and the Constitution, a person may be searched, seized, detained, and monitored only if he is suspected of committing a crime, now the SBU has the right to do that to protect “national security”. And a threat to national security could mean any activity that someone in power does not like. It is obvious that all these measures can be used against the opposition, journalists, representatives of public organizations and other active citizens who criticize the government. Under this project, it is perfectly legal to monitor any person, listen to their phones, read all correspondence, conduct covert searches, and generally apply any actions that in a democratic country can only be used to investigate a crime, “- said the human rights activist, and expert of the Center for Civil Liberties Volodymyr Yavorsky.

“Voting for the bill on the SBU is a test of the instinct of self-preservation of people’s deputies. Living in a country where intelligence officers can come to both businesses and journalists and demand access to information without a court order is dangerous for everyone, not just ordinary citizens. We have set out a list of amendments that must be supported immediately before the vote. And we very much hope that the common sense of parliamentarians will prevail,” said Oleksandra Matviychuk, chairman of the board of the Center for Civil Liberties.