85 criminal cases have been launched in Russia for “discreditation” of the Russian armed forces, human rights activists say 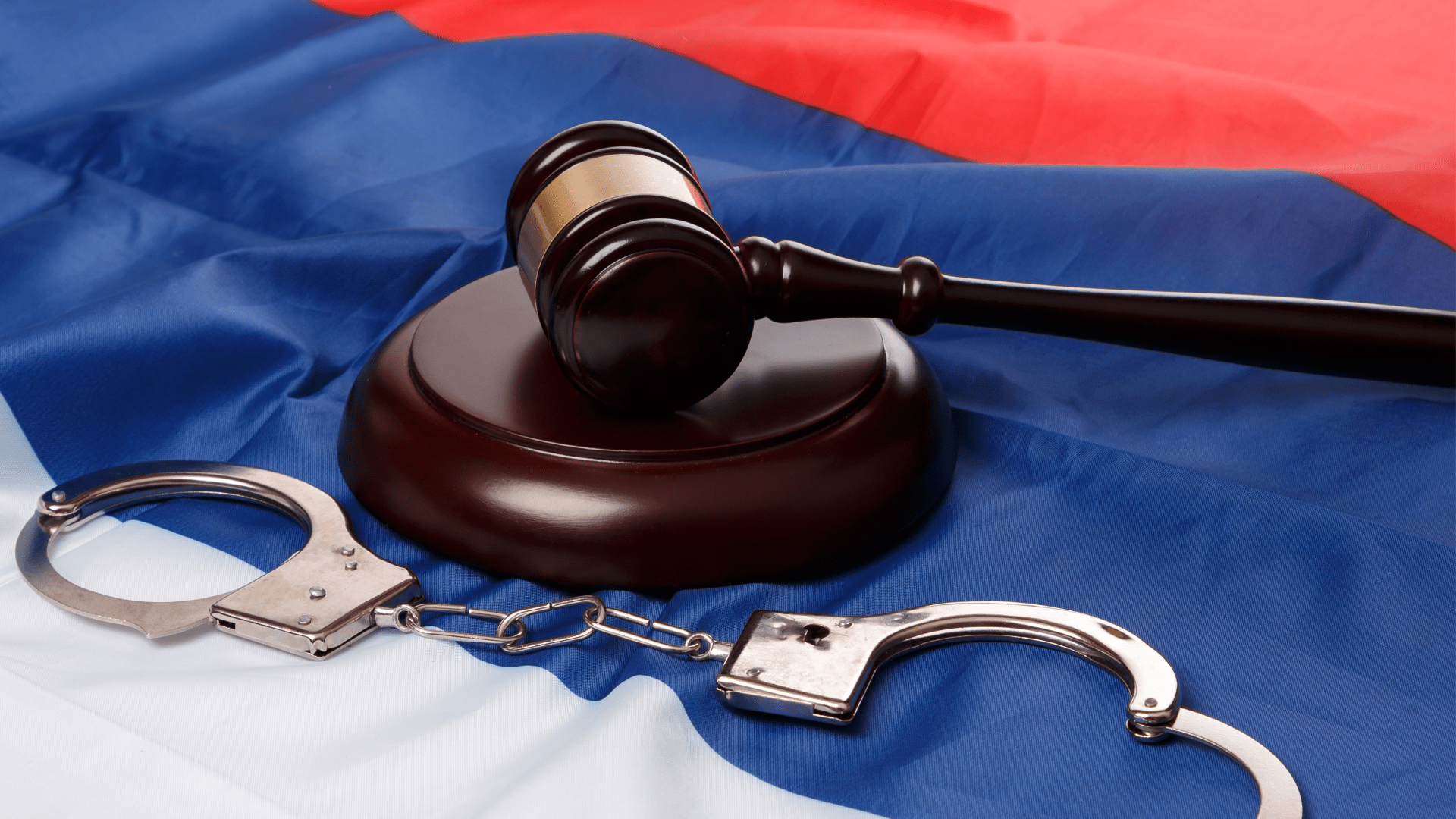 The Russian authorities have launched another attack on human rights. For instance, 85 criminal cases have been launched in the Russian Federation under Article 207.3 of the Russian Criminal Code (CC), providing criminal sanctions for the so-called “discreditation” of the Russian military’s actions. In addition, the Russian courts have passed more than three thousand decisions on imposing a fine, that is, an administrative sanction under similar Art. 20.3.3 of the Code of Administrative Offences of the Russian Federation. This was discussed, in particular, during another debate in the format of Solidarity Talks, which was organised by the Centre for Civil Liberties (CCL) and the International Helsinki Association.

“Today, human rights activists from Ukraine, Russia and other countries discussed in the Solidarity Talks format ways to resist another attack on human rights in the Russian Federation. Military aggression against Ukraine has led to increased political repression in Russia. The Putin regime has created a set of tools to persecute Russians protesting against this war”, emphasized Mykhailo Savva, a member of the CCL expert council.

What actions get people imprisoned in Russia these days?

The Alexei Gorinov case is a vivid example of what people are imprisoned for under this article of the CC in modern Russia. Thus, on July 8, 2022, the Meshchansky District Court of Moscow sentenced Alexei Gorinov, a municipal deputy of the Krasnoselsky District of Moscow, to seven years in a penal colony. Gorinov was accused of speaking against the organisation of entertainment events in the district because of the war in Ukraine at a meeting of the district council on March 15 of the same year. Then, Gorinov said: “What kind of leisure and entertainment can we talk about when hostilities are being conducted on the territory of a neighbouring sovereign state, when this country is engaged in an aggressive war?” The criminal case was opened at the end of April, and the sentence was passed as soon as the beginning of July. These dates represent highly accelerated investigation and court proceedings, which confirms the political motivation of Gorinov’s criminal prosecution.

An important feature of the application of Article 207.3 is that the investigation authorities and the court effectively force the defendant to prove their innocence. For example, an investigator indicates in the indictment that even though the defendant had access to official information on the website of the Ministry of Defence of the RF, “however, the defendant posted knowingly false information on his Facebook page under the guise of reliable information”. Investigators do not explain in their indictments why the defendant’s text is knowingly false, that is, how it contradicts reality. For the assertion of “knowing falsehood”, it is sufficient that the information disseminated by the defendant does not correspond to the information disseminated by the Russian Ministry of Defence. Consequently, the statements of the investigator are held as true without evidence. It is precisely the weakness of the prosecution’s position that causes investigators and courts to compel defendants to agree to consideration of such cases under a special procedure, that is, without examination of evidence in court.

What actions get people fined in Russia these days?

Human rights activists have also calculated that the courts have issued more than three thousand decisions under Article 20.3.3 of the CoAO. An administrative fine was issued, for example, for making an inscription “No to war” on the rear window of a car. People are fined in Russia three days also for displaying a poster with an inaccurate quote from Vladimir Putin’s speech: “The war brought so much grief that it is impossible to forget. There can be no forgiveness for those who again plot aggressive wars”. Owning a poster inscribed with the characters “*** *****” (deciphered by the investigator as “No to war” [“Нет войне” in Russian]) is also grounds for a fine. People are fined in Russia days also for performing Vladimir Vysotsky’s song “Soldiers of the Army Group Centre Are Marching through Ukraine”. Note that the average fine under this article is 34,000 rubles.

Although Article 280.3 requires a second violation to apply, that is, some time shall pass for it, this article is already enforced. One of Russia’s first criminal cases under Article 280.3 was launched in Amur Oblast against a resident of Blagoveshchensk. According to the police, after being fined in March 2022 under the article dealing with “discreditation” of servicepersons (Part 1 of Article 20.3.3 of the CoAO), the individual made 10 posts on social networks criticizing the war in Ukraine between April 1 and May 6.

Finally, we note that the international solidarity of human rights activists is already making itself felt. Ukrainian experts and documenters of war crimes committed by the Russian military participate in the legal defence in courts of Russians who were not afraid to speak out against Russian aggression.

Ukrainian media actively show the world the latest crimes of the Putin regime, including those committed against citizens of Russia. European human rights activists are in constant communication with international organisations, motivating them to act against human rights violations in the Russian Federation. We hope that the rapporteurs of the OSCE Moscow Mechanism, who are preparing a report on the violations of human rights in the Russian Federation, will be firm in their assessment of the political repressions against supporters of peace in Russia.

We emphasise that all the above facts testify to the political and repressive aim of these articles of the Russian CC.

It is also clear that the appearance of new articles in the CC and the CoAO is connected with the start of a large-scale military aggression of the Russian Federation against Ukraine. The maximum punishment under that article of the CC is up to 15 years in prison. With such maximum term, a crime under this article is treated as especially grave. This is important because, in Russian law enforcement practice, mere charge under an especially grave article is sufficient grounds to keep a person in custody pending trial and sentencing without any other reason.

The Russian CoAO article provides for a fine for private citizens of up to 100,000 rubles, rising up to 300,000 rubles for officials, and up to 1 million rubles for legal entities. These are very large amounts for Russia. The average monthly salary in Russia was 62,500 rubles in May 2022. The maximum fine for a citizen means depriving a person of sustenance for almost two months.

The main reason for the introduction of Article 207.3 is the desire of the Russian authorities to punish particularly severely precisely those disseminating information about the war in Ukraine that contradicts the official line. The fact is that even before the appearance of Article 207.3, Articles 207.1 and 207.2 of the Criminal Code were already in force, providing for punishment for the dissemination of unreliable socially significant information. Under Articles 207.1 and 207.2, the authorities could bring Russian citizens to account for providing alternative information about the war. However, sanctions under these articles are far milder, as they do not exceed 5 years’ imprisonment.

Articles 207.3 and 280.3 of the CC and Article 20.3.3 of the CoAO are politically motivated in their content. We understand political motives of criminal prosecution as socially unacceptable actions or inaction of law enforcement agencies and courts or other authority holders, which are aimed at achieving at least one of the following goals:

a) strengthening or retaining power by authority holders;

b) involuntary termination or change in the nature of any public activity.

Such an understanding of the political motivation of criminal prosecution is based on the position of the Parliamentary Assembly of the Council of Europe (PACE). This position was expressed in PACE Resolution 1900 (2012). The content of the aforementioned articles of the Criminal Code and the Code of Administrative Offences is objectively aimed at achieving both goals: retaining power and the involuntary termination of public activity. All sentences and decisions under these articles in their entirety must be recognised as politically motivated.