Euromaidan SOS: the List of the Activists Missing or Detained by Russia and Proposals regarding a Joint Action Campaign Aiming to their protection 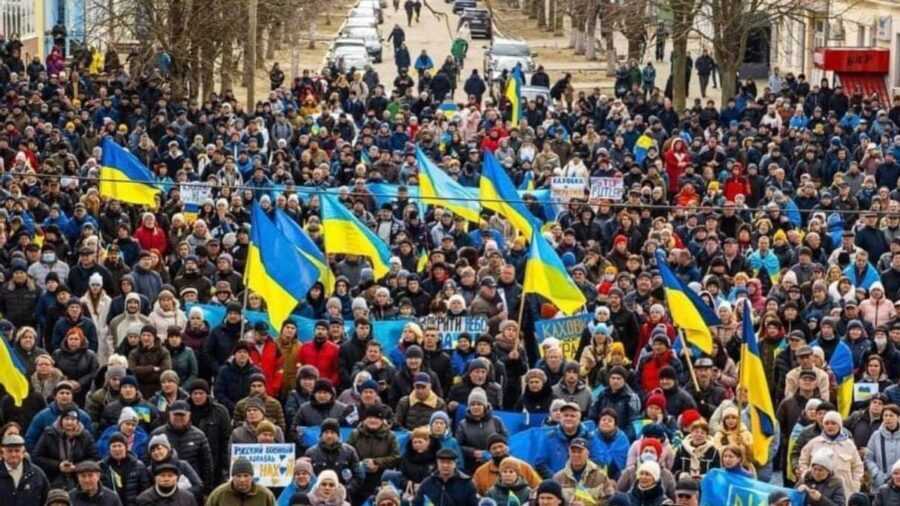 Euromaidan SOS draws attention to the persecution of local government officials, journalists, religious leaders, volunteers and civil society activists on the territories of Ukraine temporarily occupied by the Russian Federation following its invasion in February 2022.

We receive appeals from civil society activists and their relatives who have suffered from threats, physical violence, enforced disappearances, arbitrary detentions and other forms of persecution in Melitopol, Kherson, Berdyansk, Kakhovka, Slavutych and other cities and settlements.

In 2014, Russia already pursued a deliberate policy of a kind in order to quickly gain control over Ukrainian territories – Crimea and a part of Donbas. At the time, pro-Russian illegal armed groups were either physically eliminating people with active stand who could peacefully resist the occupation or evicting them from the region. The abductions of civic activists gave occupants a sense of impunity for war crimes and crimes against humanity that they continue committing against the citizens of Ukraine.

Today, Russia applies the same policy deliberately, as it cannot hold occupied cities due to the active resistance of the local population.

Given the growing number of hostage-taking cases, these actions should be considered as a prohibited method of warfare. The correctness of such an approach is confirmed by the specific purpose of these actions, namely, to force civil society activists to cooperate with the representatives of the aggressor country or to terminate public activities of human rights defenders, journalists and other persons protected by the international humanitarian law.

Euromaidan SOS reminds that in the context of an international armed conflict, the detention of civilians is strictly prohibited under Article 34 the (IV) Geneva Convention relative to the Protection of Civilian Persons in Time of War as of 12 August 1949 and Article 75 of the Additional Protocol to the Geneva Conventions as of 12 August 1949 relating to the Protection of Victims of International Armed Conflicts (Protocol 1) as of 8 June 1977.

In addition, the rescued civil society activists report on the threats, illegal physical violence and inadequate conditions of detention, which violate the guarantees of treatment of civilians and is to be considered a war crime.

In connection with the above, Euromaidan SOS urges:

1.     representatives of civil society in Ukraine and other countries to join the campaign to protect people who have been left alone with the occupier, and to do so, to fill up this form.

2.  people who have witnessed a person’s detention or have any other information about persecution in the occupied territories, report it in the form.

3.   ODIHR OSCE, the OSCE Permanent Council, Council of Europe Commissioner for Human Rights, monitoring and convention mechanisms of the Council of Europe, geographical and thematic mandates of the United Nations, UN Human Rights Council, UN High Commissioner for Human Rights, United Nations Office for the Coordination of Humanitarian Affairs (UN OCHA), International Committee of the Red Cross to ensure an international presence in Ukrainian territories, temporarily occupied after the Russian invasion in February 2022, and to take active actions to protect civil society activists from persecution.

4. Governments of foreign states to cooperate with the Government of Ukraine in the prosecution of persons complicit in enforced disappearances and other international crimes in the occupied territories.

Below we provide a public part of the list of civil society representatives, who as of March 26, 2022 are missing or being illegally detained by Russia (the list is not full and data is constantly updating):