Euromaidan SOS Statement: incomplete UN figures on civilian casualties are misleading as to the real scale of Russia’s war against Ukraine 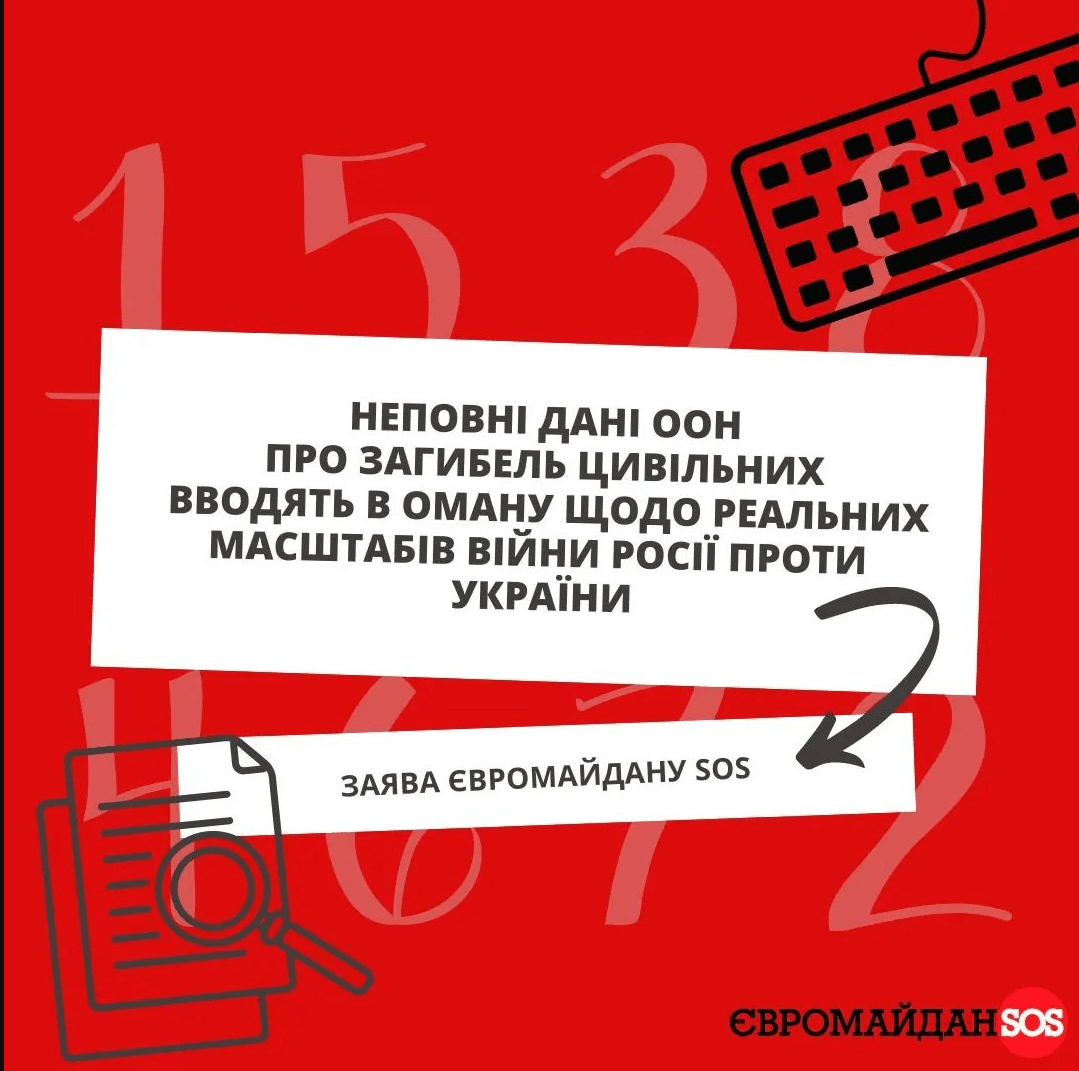 UN OHCHR needs to immediately change the presentation of information about the deaths of civilians in Ukraine as a result of Russian armed aggression. Currently, the UN information references on the number of dead contains an inconspicuous disclaimer that this data is incomplete [1]. In addition, it is noted that the organization enters data only after verification, which may give the impression as if other official sources are inaccurate, and the discourse on the mass murder of civilians is an exaggeration.

The UN OHCHR’s chosen method of informing about losses among civilians leads to a number of negative consequences:

We demand from UN OHCHR to necessarily indicate before the figures a noticeable and clear disclaimer that the data is incomplete and do not reflect the real situation with the number of civilians killed as a result of the Russian war against Ukraine.

We urge the media to always indicate a similar disclaimer when publishing news about the number of dead civilians as a result of Russian aggression and when publishing such information from any other official or unofficial sources.

1. “The UN OHCHR believes that the real figures are much higher, as the receiving of information from some places, where intense combat operations continue, occurs with a delay and many messages from places where the information about losses among civilians comes from still needs to be confirmed”.