Euromaidan SOS statement: the leadership of the Russian Orthodox Church must be sanctioned for inciting hostility and justifying the war against Ukraine 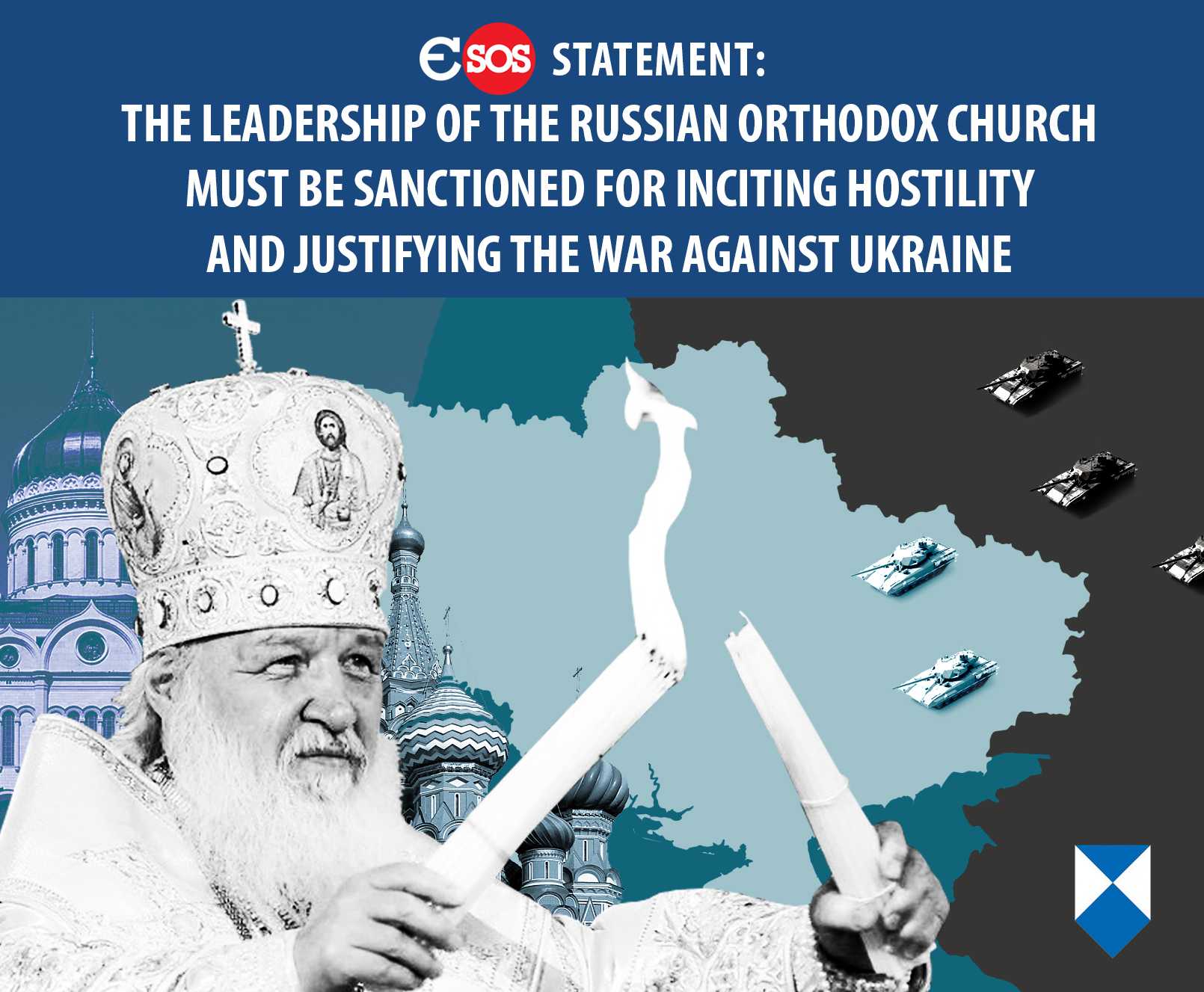 Russia’s armed aggression against Ukraine has been going on for more than 50 days. All this time, russian troops have been persecuting Ukrainian religious leaders in the occupied territories and systematically destroying religious objects in Ukraine: shelling and destruction of churches, prayer houses, synagogues, mosques and other religious buildings, including architectural monuments were recorded. In addition, there are cases of abduction and murder of religious leaders of various denominations.

The vast majority of religious buildings destroyed and damaged by airstrikes and missile strikes by russian troops are Orthodox churches. For example, on the night of March 13, russian troops fired on the Holy Dormition Svyatogorsk Lavra of the Ukrainian Orthodox Church of the Moscow Patriarchate, which housed about a thousand civilians at that time. More than 30 civilians were wounded.

As already noted in the joint appeal of Euromaidan SOS and the participants of the Round Table on Freedom of religion in Ukraine on March 16, 2022, the Russian Orthodox Church actively supports the russian military invasion of Ukraine. In particular, Moscow Patriarch Kirill (Gundyaev) publicly blessed the Russian army for the war against Ukraine and disseminated false narratives of Russian propaganda about the alleged Western war against Russia, concealing the horrific destruction of civilians and Ukrainian cities by Russian airstrikes and missile strikes, in particular, in the World Council of Churches of March 10, 2022.

Moreover, the ROC is the developer and chief propagandist of the quasi-religious concept of the “Russian world” – a neo-imperial project that became the ideological basis of russia’s aggression against Ukraine. This essentially chauvinistic ideology denies the existence of the Ukrainian people as a separate nation, is based on distorted theology, rewriting the history of Kyivan Rus and Orthodoxy in Ukraine in favor of Moscow, spreads narratives of a united people (Russian, Ukrainian, Belarusian) and seeks to expand Russia, including the ROC, to all russian-speaking regions of the world, regardless of state borders.

Now, on the eve of the next congress of the World Council of Churches, we consider it necessary to name those representatives of the Russian Orthodox Church who are responsible for inciting hostility and justifying war against Ukraine, calling for violence, and supporting russia’s attempts to exterminate the Ukrainian people. Given the high positions, authority, and influence on the minds of millions of believers, the leadership of the ROC should bear personal responsibility for the deaths of civilians in Ukraine, namely: