The Crimean Tatars will always honor the General Grigorenko 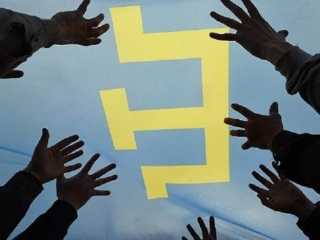 October 20 arthabe “Ukrinform” held a memorial evening dedicated to the 110th anniversary of Ukrainian public figure, Major-General, human rights activist and one of the founders of the Ukrainian Helsinki Group Petra Grigorenko.

“He has done for the Crimean Tatars, more than any well-known activist of the Crimean Tatar national movement … Thanks Petru Grigorenko topic Crimea and Crimean Tatars came from the USSR. He constantly gave interviews, wrote articles about how unfair the Soviet system’s treatment of Indigenous Peoples of Crimea “- said Dzhemilev.

For example, widely spread in the West Article Grigorenko, “Who are the criminals?”, Said the politician, written in defense of the ten Crimean Tatar activists who were tried in 1969 for the right to return to the Crimea, expressly states that the criminals judges themselves, rather than those they judged.

According to Dzhemilev, Grigorenko was a legendary figure who could afford to inner freedom.

“In the Soviet Union were also people internally free, who do not fear … This inner freedom is very expensive cost and, as they say, was not everyone can afford. For this you can be paid over the years spent in prison, a psychiatric hospital, and even sacrifice their lives . One of these legendary personalities who could afford such freedom was Pyotr Grigorenko. As a Major General of the Soviet army, he could enjoy all the privileges of the Soviet nomenklatura, but deliberately went to a confrontation with the authorities, Ret aivaya their views and principles of justice “, – said the leader of  the Crimean Tatars .

He shared his memories of how in the late 80s, when the Crimean Tatars began returning to Crimea, in memory Grigorenko was named the street in the first Crimean Tatar village in Bakhchisaray district.

“Not all of the Crimean Tatars then could buy a new home in the Crimea because of the depreciated Soviet rubles. Not demanding the return of their homes, which they seized in 1944, the Crimean Tatars went to the so-called land squatting, to build a place to live. The first Crimean Tatar village He appeared in Crimea in the village Holmovka Bakhchsarai area and the first two streets were named after Ismail Gasprinsky and Petra Grigorenko. against Gasprinsky Crimean officials did not mind, because I did not know who he was, and the name of a famous pr rights activists Grigorenko, whom they regarded as anti-Soviet, and was not allowed to call out, until the Soviet Union collapsed, “- said Dzhemilev.

He noted that officials offered to name a street fruity, but the Crimean Tatars do not agree, despite the fact that living on an unnamed street and deprived them of residence, and employment opportunities.

In 1994, the Crimean Tatars have decided to erect a monument in Simferopol Grigorenko. The then leadership of the Crimea and the local Communist Party again loudly declared that the monument of “anti-Soviet” not be in the Crimea.

According to him, in 2007 he and two People’s Deputy has prepared a decree to perpetuate the memory Grigorenko in connection with its 100th anniversary, but the deputies did not support him. The then President Yushchenko Dzhemilev respecting the request and signed a decree on the anniversary of the eponymous Grigorenko, which, unfortunately, have not been implemented.

Saying goodbye to Peter Grigorenko, who was buried in New Jersey (USA) in 1987, his friends said that the sacrifices made by them, were not in vain, and threw him to the grave a handful of Crimean land that he once brought them from the Crimea.

Petr Grigorevich Grigorenko (1907-1987), Ukrainian public figure and human rights activist, Major General, one of the founders of the Ukrainian Helsinki Group, a member of the Moscow Helsinki Group. He was born on October 16 in the village Borisovka now Zaporizhia region. For his human rights activities were in prison camps and psychiatric hospitals. He was demoted to the ranks and deprived of all state awards. After leaving her son in the United States was stripped of his Soviet citizenship and the right to return to their homeland, they reach four years before the proclamation of Ukraine as an independent state.