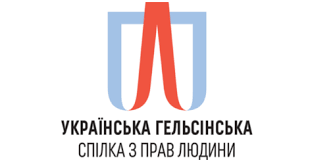 Lyudmila Alexeyeva: I congratulate the Ukrainian Helsinki Group, with its remarkable anniversary – the 40th anniversary. This is a truly heroic fortieth anniversary because it was heroic of its creation. We all know that in Ukraine the persecution of dissent more severe than in any of the Soviet republics. Apparently, the Soviet leaders were most afraid of in this respect, namely Ukraine. And so it is particularly fiercely persecuted all forms of dissent. We knew this in Moscow, because in the vast majority of the political camps were just Ukrainians. And, nevertheless, Ukraine was the first of the Soviet republics, which created its own Helsinki Group.

Somewhere at the end of October in Moscow came to the famous Ukrainian writer Mykola Rudenko. He came to the founder of the Moscow Helsinki Group Yuriyu Orlovu and began to tell him that he intended to create in Ukraine Ukrainian Helsinki Group, which will protect the civil rights of Ukrainians. I was fortunate enough to witness this conversation.

Yuri Orlov, knowing the situation in Ukraine, Rudenko began to speak, which may not need to create their own Ukrainian group, you pass us all the materials on violation of rights of Ukrainians, and we promise to treat them. Why did he say that? He knew that, and Rudenko, and all those who agree to enter the Ukrainian Helsinki Group, wear the crown, not only the hero, but also the martyr’s crown. Most of those who have agreed, have been in the political camps. Re-election, which they threatened to – it is up to 15 years. And they knew it well.

Such a press conference then it could only be carried out in Moscow, because the foreign correspondents were then only in Moscow. And so Rudenko arrived in Moscow. We have pre-prepared documents. And emphasizes the danger of such operations in Ukraine, calling on journalists and the world pay special attention to it, because it will face hard test. Unfortunately, we were not mistaken. And so it was.