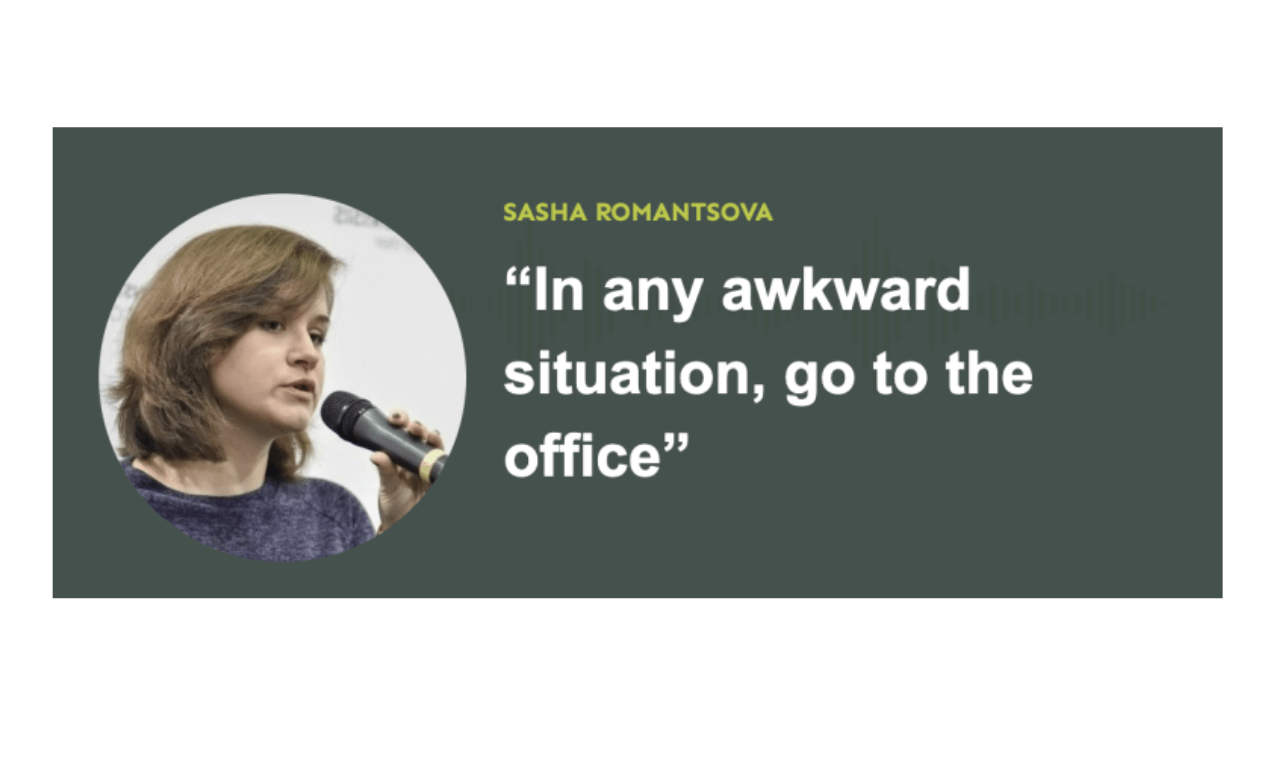 “During the time of the Maidans, we learned that if you want to do something, first of all do what you do best,” Oleksandra Romantsova, executive director of the Center for Civil Liberties, said in an interview for the international civil society platform CivilM +.

The human rights activist added that even before February 24, the team of the Center for Civil Liberties agreed that the most important thing would be to preserve the work of the organization.

Even before February 24, we agreed in the team that the most important thing for us would be to keep the organization working. We tried to think through different scenarios of what we would do if the war broke out. There was no way for us to terminate the work of our organization, but it was hard to imagine then the specific areas of work which we have now.. For the first few days, we were mainly occupied with understanding of who and how reacted from international organizations. At the same time, we decided that we would restore the “Euromaidan SOS” [a grassroots volunteer initiative coordinated by the CCL: since the fall of 2013 – ed.]. We historically united there those people who want to do something, but do not know what or do not have enough expertise.

First, we engaged them in the information work and work on international advocacy, so that everyone would know the latest developments about the situation on the front line. Later on we realized that we still would have to deal with documenting [of the war crimes – ed.]. And we worked on various information campaigns that were needed to get the reaction of different countries. At first, it was very important for us to keep track of the situation with the
possible capture of Kyiv, because in the event of an occupation, both personally I and Alexandra Matveychuk, our head of the board, would have become a huge threat to our families and colleagues. We both have been included to the various lists of “enemies of the state” in Russia and Belarus for a very long time. When this risk was no longer relevant [Russian troops were forced to leave the outskirts of Kyiv at the end of March – ed.], we focused our efforts on not just on the saving of the organization, but most imporantly – on its development to the best useful capacity.

We can say that we already had a scenario worked out from 2013-2014: “Euromaidan SOS” began to work as a hotline, and then became a kind of a hub, the point of interconnection of all the initiatives. Now it was almost the same, we understood that there is this practice and this function – to connect different initiatives with each other. A
huge number of grassrotts have arisen in different cities and spheres of work: from “collect donations” to “organize field resuscitation and evacuation”.

First, there was an online map of initiatives, which we regularly promoted through social media, and now it is a chatbot where, to a request by region and topic, you can find a volunteer group that you can help or join.
At first, we did not think that we would be involved in documenting, but we quickly realized that there was a need, and the scale of crimes is so huge that no government representatives can cope, given that they also have a shortage in personnel. They had a shortage even before February 24 and it only became worse, because female prosecutors, female investigators with small children had to evacuate. Plus, there were very few prosecutors who could deal with the classification of war crimes. Now they are quickly gaining new experience for themselves, but this also takes
time and raises the question of the quality of documentation. Therefore, we came up with a simple method of mass network documentation – a very, very basic methodology – literally, a questionnaire on which a person can either record his own video, simply answering questions in it, or talk to the interviewer. Of course, this is not the kind of evidence that will have legal force, but it contributes to a collection of stories, facts that were seen, experienced. There are millions of participants, witnesses, victims of violations, mainly from attacks on the civilian population. And not all of them are able to assess whether what they have witnessed is important or not. So people record their story, and we deal with it. This is a very primary volunteer work, but it is very important now.

At the same time, we maintained databases of the disappeared, those who were moved to Russia at some point, and responded to other similar challenges that constantly arose around. It was and is important to keep up with the work on which significant efforts of human rights defenders were previously concentrated – reform of national legislation. This is what Ukraine will need both now and later. We very much hope to bring the matter to the ratification of the Rome Statute, to the law on interaction with the International Criminal Court, and in general to bring all laws related
to war crimes in line with the international standards. We learned all this during the Maidans – if you want to do something, do what you already can do best. In fact, ordinary people are a very good bright force that can create such an even pressure, like when many small ants are lifting something incredibly large. You can participate in this united pressure, and for this you do not need much. Very often just a computer and time are enough to translate something, attract attention, write an official letter. It is the unification of this force that we try to deal with in
the first place.