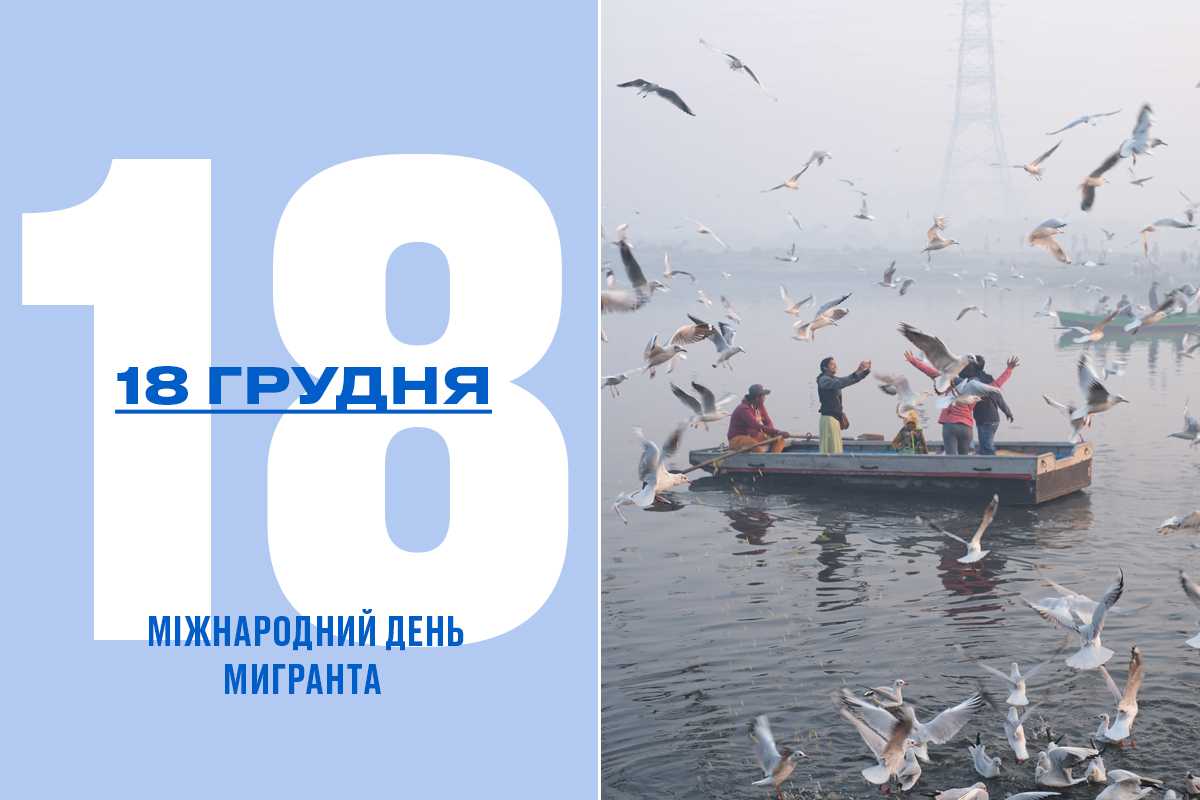 On December 18, 1990, the UN General Assembly adopted the International Convention on the Protection of the Rights of All Migrant Workers and Members of Their Families. On this day, we pay special attention to the needs and problems of this vulnerable group.

The General Assembly resolution called on all UN member states, governmental and non-governmental organizations to mark International Migrant Day to disseminate information about the human rights and fundamental freedoms of all migrants, share experiences and develop measures to ensure their protection.

The problem of migration is a concern not only in the Middle East, Africa or Latin America, but also in Ukraine. For Ukraine, the issue of migration is difficult because it is directly related to the Russian occupation of Crimea and military aggression in eastern Ukraine. Today, there are approximately 1.5 million internally displaced persons in Ukraine. Ukrainians also migrate abroad seasonally or permanently.

The recent political crisis in Afghanistan has led to a rise in migration in the region. Also this year, the world faced a new phenomenon, migration as an instrument of hybrid warfare, which is currently taking place on the Belarusian-Polish border. The use of people, especially vulnerable groups, for political purposes, is an unacceptable practice.

According to ECOSOC, the number of migrants in the world in 2020 reached 281 million people. The coronavirus pandemic has slowed global migration. This is 27 percent less than experts projected in 2019.

Most often people migrate due to difficult circumstances: threats of violence, lack of security, war, famine, environmental and man-made disasters or in search of better living conditions. The changes associated with global warming are exacerbating these problems.

Additionally, in the 21st century, hunger remains one of the greatest problems of mankind. According to the Food and Agriculture Organization of the United Nations, the number of people who are short of food has increased since 2020, when more than 750 million people were living under the condition of hunger. This is about a tenth of the world’s population. The worst affected regions are in Asia (418 million) and Africa (282 million). Researchers believe that the situation in Africa has deteriorated sharply.

According to the Red Cross, of the 25 countries most vulnerable to climate change, 14 are in armed conflict.

The UN Sustainable Development Goals of 2030 set the goal of ending world hunger. The SDGs are meant to be accomplished from 2015 to 2030 and include 17 Global Goals, which correspond to 169 tasks.

Migration, war, famine, global warming, and the financial crisis caused by the coronavirus pandemic are the most pressing problems facing mankind.

Sometimes migration is connected to the issue of escaping hunger.

Hunger: an uncomfortable or painful sensation caused by insufficient energy from the diet. Food deprivation; not eating enough calories. Used here interchangeably with (chronic) undernourishment. Measured by the prevalence of undernourishment (PoU).

Moderate food insecurity: a state of uncertainty about the ability to get food; a risk of skipping meals or seeing food run out; being forced to compromise on the nutritional quality and/or quantity of food consumed.

Severe food insecurity: running out of food; experiencing hunger; at the most extreme, having to go without food for a day or more.

Malnutrition: the condition associated with deficiencies, excesses or imbalances in the consumption of macro-and/or micronutrients. For example, undernutrition and obesity are both forms of malnutrition. Child stunting or wasting are both indicators for undernutrition.