“International community pressure can save our childrens’ lives” – mothers of prisoners 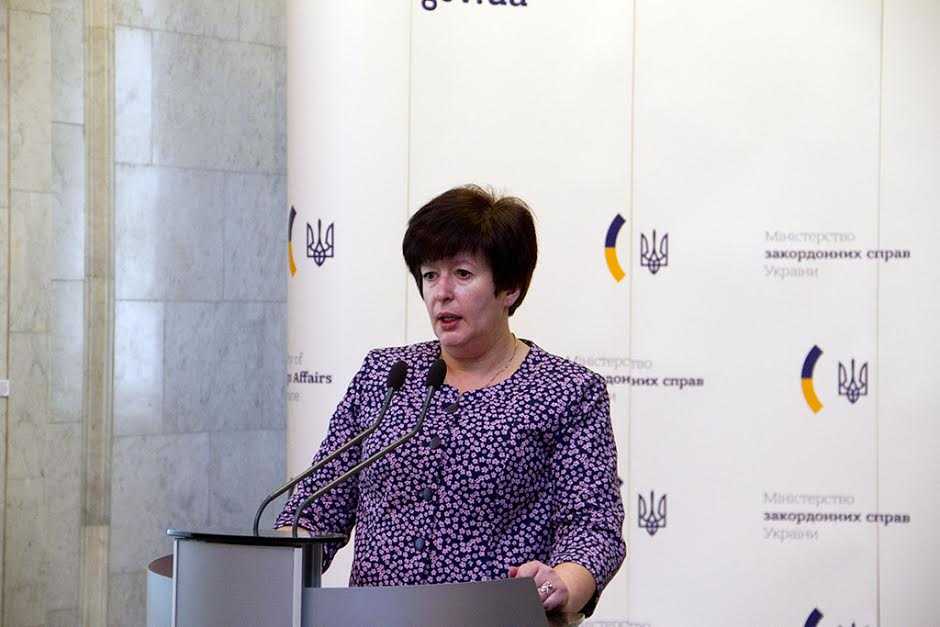 A wave of politically motivated arrests continues on the territory of temporarily occupied Crimea. In February 2016, 4 more Crimean Tatars were captured by the FSB. Among them there is Amir-Usein Kuku, a member of the Contact Group on Human Rights. The practice of persecution of civil society on the peninsula is not limited to fabricated criminal cases. There are also searches, interrogationы, detention, administrative cases for participating in peaceful gatherings, as well as various forms of suppression of freedom of speech and freedom of religion. Unfortunately, the policy of the isolation of Crimea introduced by Russia leads to the fact that such information is extremely difficult to track systematically. Thus, the topic of politically motivated persecution falls out from the attention of the international community.

On 10 March 2016, a briefing for representatives of diplomatic missions and international organizations titled “Crimea. Occupation. Two years thereafter” was held at the Ministry of Foreign Affairs of Ukraine with the participation of state and civil society. The key element of the briefing was the presentation of the analytical report “. The event was devoted to political persecution on the occupied peninsula and the analysis of fabricated criminal cases against the representatives of civil society. The event was opened by Sergiy Kyslytsya, Deputy Foreign Minister of Ukraine, who emphasized the importance of international support in solving the problem of Ukrainian citizens kept in detention facilities in Russia.

Valeriya Lutkovska, Ukrainian Parliament Commissioner for Human Rights, pointed out numerous violations of civil rights that have been documented by the Office of the Commissioner in the cases of Oleg Sentsov, Alexander Kolchenko and Gennadiy Afanasyev. The detainees became subject to torture, they were deprived of medical care and access to an independent lawyer, consul etc.

The event was also attended by detainees’ mothers: Larisa Kolchenko, Olga Afanasiev and Oleg Sentsov’s sister Natalia Kaplan. As even after the conviction the men are under pressure from the side of prison authorities, it is important that the international community control the conditions of their detention until the last released person. Gennady Afanasiev’s mother called in his emotional speech: “Only international community attention can guarantee that at least the lives of our children kept in Russian prisons will be saved”.

Olexandra Matviychuk, coordinator of the public initiative Euromaidan SOS, provided disappointing statistics: “In our LetMyPeopleGo list there are currently 25 citizens of Ukraine imprisoned for political reasons. 19 of them were arrested in Crimea, 12 of them are Crimean Tatars, 7 were transferred to Russia after their arrest in Crimea contrary to international law, while 12 are still in prison in the occupied peninsula”. Olexandra noted that the ban of the Majlis under Russian anti-extremist law initiated by the self-declared prosecutor of Crimea entails a lot of negative consequences, including the ban of the Crimean flag and criminal liability for their cooperation with the representative body of the Crimean Tatars. The human rights activist urged the international community to act in accordance with the situation, which is deteriorating rapidly: to strengthen sanctions for the occupation of Crimea and to ensure permanent international presence on the peninsula.

Unfortunately, the LetMyPeopleGo list mostly expands because of the arrests on the occupied peninsula.

“Terrorist cases started to appear from the first months of the annexation of Crimea. In the first case,  4 pro-Ukrainian activists, who are already convicted and are well known defendants of the so-called “Sentsov’s case”, were arrested and transferred to Russia illegally. The next wave of “terrorist cases” began in January 2015. Since then 8 persons were detained and are now defendants in two cases that we call “The cases of the Crimean Muslims.” 4 of them will soon be transferred to Russia, where they will be tried by the very same court that sentenced Sentsov and Kolchenko to 20 and 10 years in prison. Given a number of specific features, new “terrorist cases” certainly should be considered as part of a campaign on persecution of Crimean Tatars for political motives “- says Maria Tomak, coordinator of the #LetMyPeopleGo campaign initiated by Euromaidan SOS.

The detailed descriptions of the cases that have been mentioned at the event can be found in the report “28 hostages of the Kremlin” jointly written by the public initiative Euromaidan SOS and “Open Dialogue” Foundation: