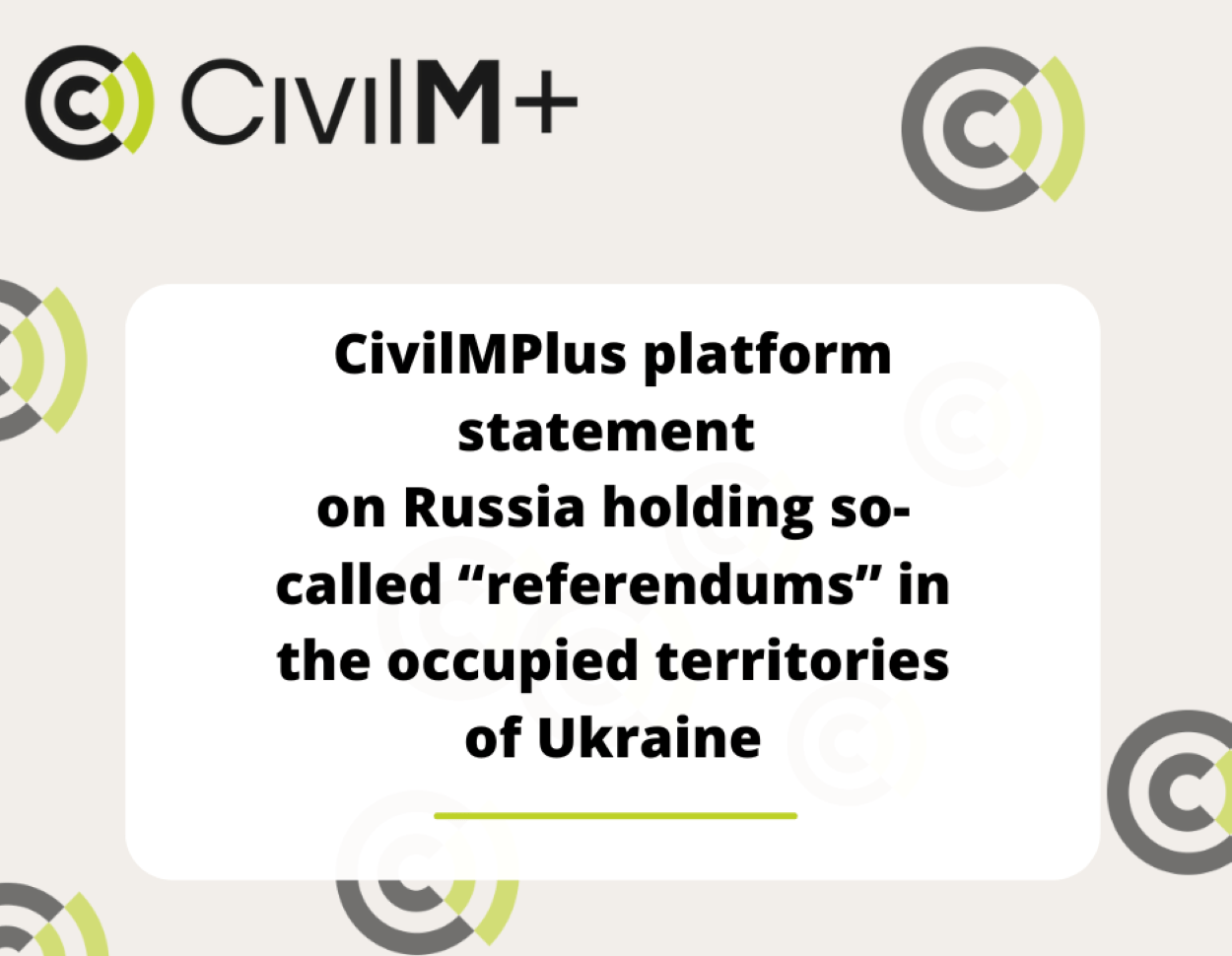 Since September 23, 2022, Russia has been holding fictitious “referendums” on joining Russia in the parts of Donetsk, Luhansk, Zaporizhzhia and Kherson regions of Ukraine seized by Russian troops. In the same territories, the forced mobilization of local residents by Russia continues, and on September 21, at the same time as the “referendums” were announced, Russian President Vladimir Putin signed a decree on the partial mobilization of Russians.

The international independent civil society platform CivilMPlus, which brings together civil society actors in Europe to overcome Russia’s war against Ukraine and establish a democratic peace in Europe, strongly condemns such actions:

We call on governments and civil societies around the world, in particular the G7 countries, the European Union and its member states to:

We support the statements of the Ukrainian authorities on the non-prosecution of residents of the occupied territories of Ukraine who have been forcibly mobilized by Russian forces, have not committed crimes and voluntarily surrendered.

Support for Ukraine’s struggle against the Russian invasion to preserve its independence and territorial integrity, as well as its post-war reconstruction and democratic development is a prerequisite for achieving sustainable peace, security and prosperity in Europe. Another condition for this is the end of the current regime in Russia, its transition to a democratic path of development and the rejection of imperial ideology.

The text of the statement does not necessarily reflect the position of all CivilMPlus member organizations.

The international independent civil society platform CivilMPlus was established in 2017 through the efforts of civil activists from different countries. It includes organizations and experts from Ukraine, the Netherlands, Germany, Poland, France, Russia and other European countries.

As an association of public organizations and experts from different countries and with different views, the CivilMPlus platform supports the independence and territorial integrity of Ukraine within its internationally recognized borders. The actions and positions of the platform are based on the values ​​of freedom and democracy, for which millions of Ukrainians risk their lives every day.