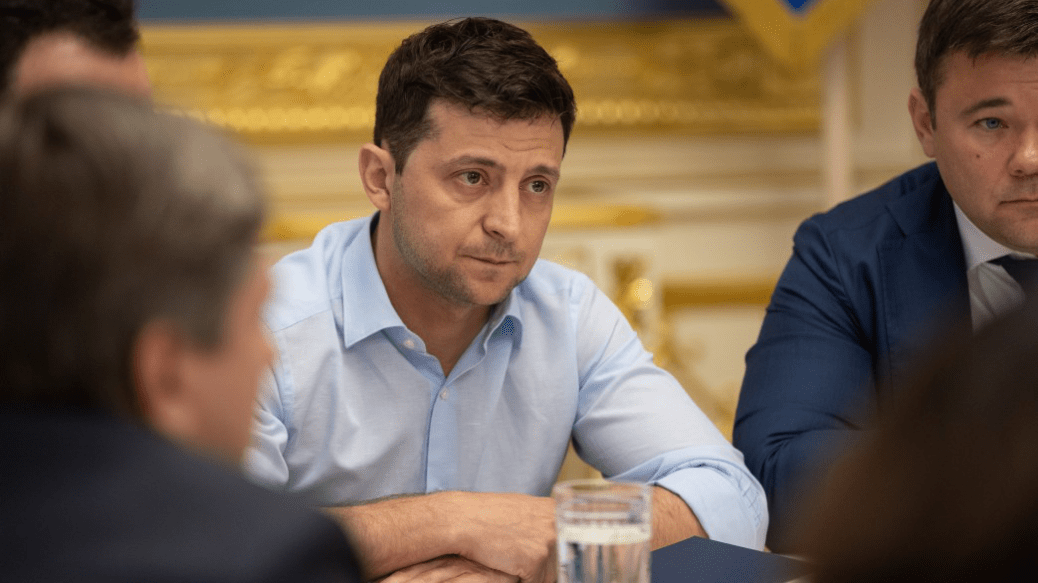 Dear Volodymyr Oleksandrovych,
We, the relatives of Kremlin’s hostages held in the Russian Federation, in the occupied Crimea and Donbas, as well as human rights defenders concerned about the fate of Kremlin-held Ukrainians, would like to address you with the following.

The victory speech you delivered on April 21, 2019 after exit poll results had been announced filled us with great hope. In your address to the people of Ukraine you emphasized that release of political prisoners and prisoners of war is a priority for you as the future President of Ukraine. This means that the state will not stop, but rather step up its involvement in the process of securing the release of Kremlin’s Ukrainian hostages. We express our sincere gratitude to you for your attention to the fate of our loved ones and ask you to do everything possible to not miss the chance to establish talks with the Russian Federation, so that we would finally get our relatives back.
Since 2014, with its consistent acts of aggression, the Russian Federation initiated and continues the practice of persecuting Ukrainian citizens for political reasons. About 100 Ukrainian citizens have fallen victim to persecution and illegal detention on the territory of Crimea (after the annexation), Russian Federation and even Belarus. Ukrainians are being arrested on trumped-up charges and accused of terrorism, sabotage, espionage and other crimes. You no doubt know some of the names from that hundred – Oleg Sentsov, Volodymyr Balukh, Mykola Karpyuk, Stanislav Klykh, Yevhen Panov, Pavlo Hryb and many others. The goal of this persecution is to intimidate Ukrainian citizens and spread anti-Ukrainian propaganda in Russia and around the world, as well as to try and weaken pro-Ukrainian sentiments in Crimea and, justifying the acts of aggression and the occupation of Crimea, to convince Crimeans of the alleged danger to them from Ukraine and Ukrainian citizens and of alleged attempts of Ukrainian security services to commit terrorist acts in Crimea to take revenge. The occupying authorities of Crimea want to create an illusion that Crimea can only be safe as part of Russia. Our relatives became victims of the Russian system simply because they are Ukrainians. Their cases were fabricated and Russian propaganda labeled them as Ukrainian terrorists, saboteurs and spies. Over the years we have been able to enlist the support of the United States, European Union, United Kingdom, Turkey, as well as such organizations as the UN, OSCE, PACE and the European Parliament, but even the involvement and demands of these countries and organizations were not enough to force Russia to release unlawfully imprisoned Ukrainian citizens. On the contrary, our relatives were subjected to brutal torture in the occupied territories of Ukraine and in Russia: they were choked, tortured by electric current and subjected to other forms of violence.
Just as horrifying is the situation of the soldiers and civilians who were not detained (at least 119 people) and who are being held by militants in cellars in the occupied areas of Luhansk and Donetsk oblasts. Among them are our soldiers and defenders who have been in captivity for over four years and who are putting their hopes of release in the state; they are held in outright medieval conditions and subjected to endless threats and inhuman treatment, which has us living in constant fear for the lives of our loved ones. Another important detail is that they are completely cut off from their families: for the past two years the people unlawfully detained in Donbas have not been allowed to call their loved ones or even send them messages through the Red Cross.
Kidnappings, forced disappearances, torture used to obtain false admissions of guilt, cruel and degrading treatment have become a widespread practice. The Russian judicial system is used as a political weapon against those who oppose Russia’s occupation and illegal annexation of the Crimean peninsula and those who defend Ukrainian land in the country’s east. The lists of Ukrainian citizens unlawfully detained by Russia are being constantly updated with new names.

We have witnessed a series of appointments in the new Presidential administration and now we are waiting for publication of names that will be responsible for the humanitarian sector, including the issue of release of those unlawfully detained by Russia.
Unfortunately, in Ukraine, with its practically nonexistent institutional memory, most if not all depends on the staff, and there obviously exists a vacuum around the issue concerning the release of hostages and prisoners, left by the exit of the old team. This is the reason why we, relatives of Kremlin’s hostages and prisoners as well as human rights organizations, are making this address now.
According to the official website of the President of Ukraine, “Volodymyr Zelensky offered to hold a separate talk with representatives of the team of the previous head of state on this issue.” We ask Volodymyr Zelensky to take into account in his staffing and other policies that could impact the release of unlawfully detained persons not only the opinions and experience of officials of the previous government, but also the position of relatives of the unlawfully detained as well as that of civil society organizations that have been working on these issues for over 5 years. In this address we have included the tasks that we consider the most important.
We hope to be heard by the newly elected President, who has declared his respect for public opinion.

Dear Volodymyr Oleksandrovych, in the context of the need to return Kremlin’s Ukrainian prisoners home and to support them and their families until that happens, we ask you to support the following actions, which, we believe, will help expedite the release of our loved ones:
– Establish the position of President’s Commissioner for the Release of Kremlin’s Hostages. This person and their team will be working on a strategy for securing the release of Ukrainian hostages held in temporarily occupied areas of Donetsk and Luhansk oblasts as well as in Crimea and the Russian Federation. The Commissioner will be responsible for finding ways to secure the release of hostages, creating a humanitarian negotiation platform for the release, engaging, when necessary, foreign experts, national leaders and opinion leaders in the negotiation process, as well as assisting with the provision of state support to hostages and their families. A draft document on the authority and responsibilities of this position has already been prepared.
– Establish a Coordinating Council for the Release of Hostages under the Presidential Administration, which will unite relevant ministries, agencies, services, as well as civil society and human rights organizations that work on supporting and securing the release of Kremlin’s Ukrainian hostages. This body will make the work of all participants of these processes more effective and will consolidate their efforts around implementing the Strategy for the Support and Release of Hostages. Draft regulations on this council have already been prepared.
– Publicly support the bill “On the Legal Status and Social Guarantees for Unlawfully Detained Persons, Hostages and Persons Convicted in the Temporarily Occupied Territory of Ukraine and Beyond”, which determines the legal status of hostages and guarantees state support to hostages and their families.
– Help improve Ukraine’s sanctions policy toward Russia and its citizens involved in unlawful detentions, torture and other forms of persecution of Kremlin’s hostages.
– Support international sanctions as well as the advocacy efforts at the EU level aimed at the adoption of the EU Global Human Rights Act to put pressure on Russian high-ranking officials that run the repressive system of harassment of rights and freedoms directed at Ukrainian citizens.
– Publicly support bill No. 9438 on amendments to the Criminal Code of Ukraine, which provides for accountability for crimes against humanity and also brings provisions on war crimes in line with international law.
We, the relatives of Kremlin’s hostages that became victims of Russia’s aggressive policies, as well as human rights defenders, ask you to help us combat the brazen and widespread violations of fundamental human rights perpetrated by Russia, to force Russia to stop waging war against our loved ones and let them go home.
With regards,
Union of Relatives of Kremlin’s Political Prisoners
Organization of Relatives of ORDLO Captives “Liberation from Captivity”
Media Initiative for Human Rights
Ukrainian Legal Advisory Group
Crimean Human Rights Group
Center for Civil Liberties
Ukrainian Helsinki Human Rights Union
The Legal Hundred
ZMINA Human Rights Center
CrimeaSOS