The action of urgent help to political prisoner Teymur Abdullayev 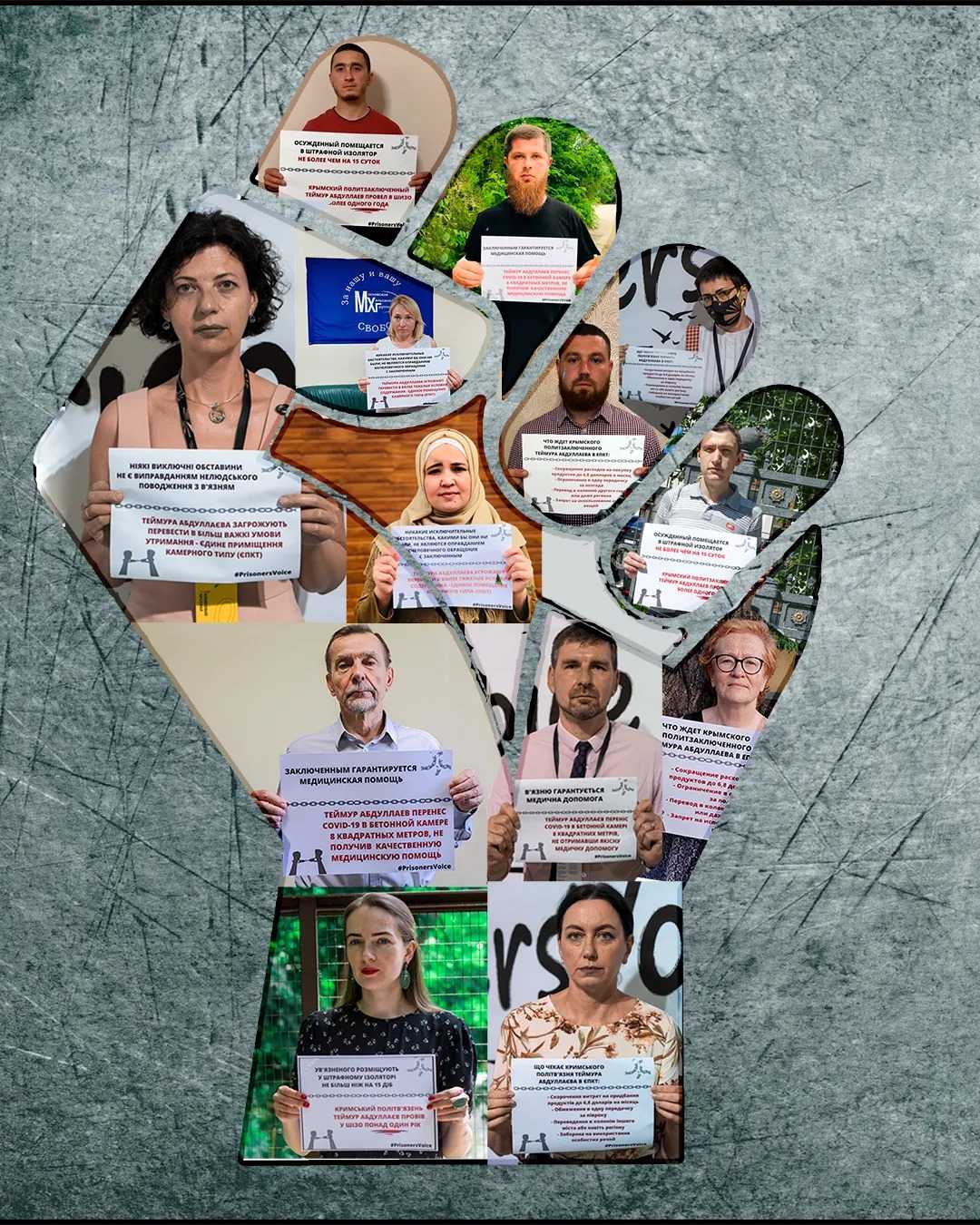 Teymur Abdullayev is a lawyer by education, a taekwondo coach, and the father of five children from the Crimea. Together with his brother Uzeyir, he trained young people in the village of Stroganovka in his own gym, which he built with his brother.

On the morning of October 12, 2016, Teymur’s house was broken into and searched, after which the man was arrested. He was imprisoned for connection to the Islamic political party Hizb ut-Tahrir, which the Russian Supreme Court declared a terrorist organization in 2003. Hizb ut-Tahrir operates freely in Ukraine and in most countries of the world.

On June 18, 2019, a court in Rostov-on-Don found Teymur Abdullayev guilty under part 1 of Article 205.5 of the Criminal Code (“Organization of a terrorist organization”) and sentenced him to 17 years in a maximum security prison. In December 2019, the appellate court commuted the sentence to six months. After that, Abdullayev was transferred to serve his sentence in the Russian penal colony No 2 in the city of Slavuta in the Republic of Bashkortostan.

Upon arrival at the colony, operatives immediately suggested that Teymur Abdulayev renounce his religious views and start “cooperating” with the secret services. After he did not agree to the proposed terms, Abdullayev was regularly sent to a remand prison for such violations as “not saying hello to an employee,” “making the bed not in the right way”, “talking to other convicts”.

What is a disciplinary isolation cell? This is a small cold and damp room with a concrete floor and bunks that the colony staff fastens to the wall every morning and does not lower until night. The convict is awakened by the Russian anthem from the column, after which he cannot sleep on a chair or at a table, he is obliged to sit straight or stand. In addition, the person is shot on camera day and night.

Teymur Abdullayev got over the coronavirus and survived a hypertensive crisis, but doctors from the colony saw no reason to transfer him from the punishment cell. The defense assumes that the purpose of the colony administration is to transfer Abdullayev to the cell-type facility. This is the strictest form of isolation of malicious violators of order from other convicts.

The case of Teymur Abdullayev is under the constant control of the Verkhovna Rada of Ukraine Commissioner for Human Rights Lyudmila Denisova. On July 18, 2019, the European Parliament adopted a resolution calling on Russia to release all Ukrainian political prisoners, including Abdullayev. The Memorial Human Rights Center recognized him as a political prisoner. We call on all concerned people to take part in the action in support of Teymur! To do this, you can take two simple steps:

1. Download, print, and take a photo with a poster in support of Abdullayev: https://drive.google.com/drive/folders/1p5b5LS5XYAfdbkO-ZpbymagAeWvCdrbF

Post a photo on social media with a hashtag #PrisonersVoice

2. Send a complaint prepared by lawyers to the Federal Penitentiary Service with a demand to stop the violation of the rights of prisoner Abdullayev. The complaint can be sent electronically.
The text of the complaint: https://docs.google.com/document/d/1GTMKvVHfMdxD96RJz54_pNXqSrwI_ziXKHpwTYWMe-M/edit?usp=sharing