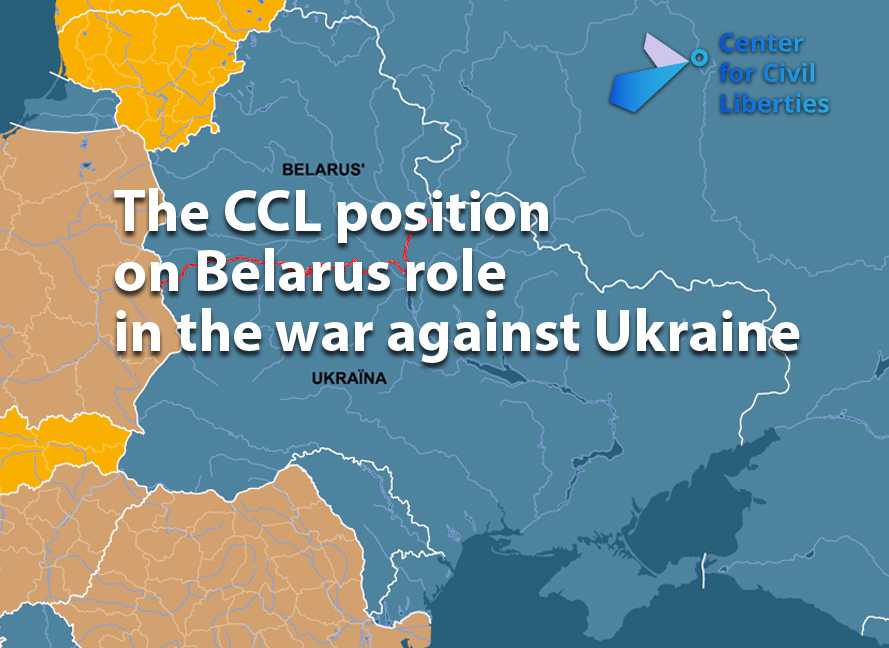 The massive Russian rocket attack from the territory of Belarus on June 25, 2022 brought back the discussion over Belarus’ participation in the Russian-Ukrainian war and the guilt of its political leadership.

During all the months of the war, Belarus remained a reliable ally of Moscow, giving it the right to be on its territory and logistical advantages in the war against Ukraine. The constant threat of an attack from the north binds the Ukrainian Armed Forces in this direction.

UN security system. The UN Charter 1945 in Article 2(4) declares the prohibition on the use of force: “All Members shall refrain in their international relations from the threat or use of force against the territorial integrity or political independence of any state, or in any other manner inconsistent with the Purposes of the United Nations.”

The main points here are:

– in their international relations

– the threat of force

– Against the territorial integrity or political independence … or in any other manner inconsistent with the Purposes of the UN.

In principle, common military training is of course legal. When one sovereign state exercises its power to cooperate with another state on a security level. However, the Russian military training on a border with Ukraine and on Belarusian soil before 24 February 2022 and the build-up of Russian troops and equipment at the Ukrainian border may fall in the framework of “threat of force“.

The UN collective security framework establishes not only normative but also political and military prerequisites for the UN in current conditions to be able to prevent threats, acts of aggression and other acts of breach of peace.

The United Nations hopes to dissuade any member state from acting in a manner likely to threaten peace and thus avoid a conflict.

The UN Charter mandates the UN and its member states to maintain international peace and security, uphold international law, achieve “higher standards of living” for their citizens, address “economic, social, health, and related problems”, and promote “universal respect for, and observance of, human rights and fundamental freedoms for all without distinction as to race, sex, language, or religion”.

As a charter and constituent treaty, its rules and obligations bind all members and supersede those of other treaties.

Both Ukraine and Belarus&Russia are members of the UN.

Since the first day of the war, missiles have been flying from the territory of the Republic of Belarus to Ukrainian cities and villages. At that moment when the Belarusian army engage in an unlawful operation, there had been an act of aggression against Ukraine in the context of Russian illegal intervention in Ukraine.

Not only did Belarus provide its territory for the Russian army, but also some measures were taken in the domestic politic that resemble de facto a state of war (conscription, movement of troops on the Ukrainian border). From the point of international law – Belarus is an aggressor-state, but it is not yet a party to the conflict.

International humanitarian law comes into force immediately; this means that it provides a framework for the behavior of belligerent parties and the protection of non-combatants and the respect of the environment and the property of civilians.

There is no legal justification for Russia invading Ukraine.

The crime of aggression means “the planning, preparation, initiation or execution, by a person in a position effectively to exercise control over or to direct the political or military action of a State, of an act of aggression which, by its character, gravity and scale, constitutes a manifest violation of the Charter of the United Nations.”

The act of aggression means “the use of armed force by a State against the sovereignty, territorial integrity or political independence of another State, or in any other manner inconsistent with the Charter of the United Nations.”

According to United Nations General Assembly Resolution 3314 (XXIX) the act of aggression includes: “f) the action of a State in allowing its territory (Belarus), which it has placed at the disposal of another State (Russia), to be used by that other State for perpetrating an act of aggression against a third State (Ukraine)”.

These acts can also include, among others, invasion, military occupation, and annexation by the use of force, blockade by the ports or coasts.

Currently, no President of a state whose country is a permanent member of the U.N. Security Council has been tried for the crime of aggression. Such a historic trial undoubtedly will open an important new chapter in modern international justice.

There is no legal justification for Russia invading Ukraine. Ukraine can rightfully exercise self-defense.

The Belarusian political leadership has shown no desire to stay neutral during the Russian invasion of Ukraine. Russian Federation and the Republic of Belarus commits a crime of aggression against Ukraine.

We believe that the Republic of Belarus should be legally recognized by Ukraine as an aggressor state and at the international level, with appropriate sanctions and restrictions imposed on Russia.

Accordingly, the discussion of the creation of a special tribunal regarding Russia’s aggression against Ukraine should also take into account the possibility of bringing representatives of Belarus to justice for complicity in international crimes.

Ukraine should more actively support Belarusian civil society, which is opposed to the authoritarian regime in Belarus and against armed aggression against Ukraine, in particular, promote the legalization of citizens of the Republic of Belarus in Ukraine, speed up the consideration of requests for refugee status in Ukraine, and provide other assistance in organizing their activities in Ukraine.

Disclaimer: The views and opinions expressed in this article are those of the author and do not necessarily reflect the views or positions of the entities he represents.