“Special status” or “The Wall” 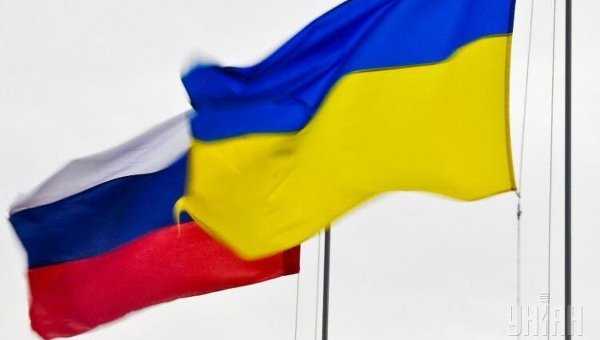 The focus of the Ukrainian media in the early days of the new year was an interview with Victor Pinchuk publication The Wall Street Journal. Pinchuk – one of the richest and most influential people in Ukraine, a son of ex-President Leonid Kuchma, philanthropist and organizer of the International Forum “Yalta European Strategy”. In this interview Pinchuk, a supporter of Ukraine’s integration into the EU, supported the Maidan, expressed a number of ideas that evromaydanovtsev circles considered seditious.

In connection with the change of the political elite, which has already occurred in the United States, and it is likely to happen soon in Europe, Ukraine, according to Pinchuk, must make major adjustments in their policies. Ukraine must accept the fact that she is “not join NATO in the short or the long term average,” and for some time will “remain neutral.” Moreover, it “should be considered a temporary denial of membership in the European Union.” In order to achieve an acceptable compromise for all need, recognizing that “Crimea is part of Ukraine and should be returned to” agree “that it should not get in the way of the transaction, which will put an end to the war in the east on an equitable basis”. To achieve this, Ukraine will have to “settle for local elections” in the Donbass. For all these concessions Ukraine has the right to demand from Western countries and major financial support of its security guarantees. If all this happens, Ukraine, according to Pinchuk, will have a real prospect of “build a European country”, after which it will be able to “discuss joining the EU.” 15-20 years, if a country is built, “everyone in the Crimea – says Pinchuk, – want to live in the Ukraine of the Future”.

After an interview with Ukrainian media, announcing capitulator Pinchuk became so vigorously condemn his shame that he was forced in another interview (this time, “Ukrainian Truth”) publicly justified. However, their basic postulates Pinchuk refused. That’s just about the elections in the Donbass speech he no longer is – Pinchuk only insists that the decision of the fate of the region was peaceful. And then, “and in what way it is reached on what conditions need to be discussed – publicly, openly and honestly.” Otherwise agreed by the Donbas still to be concluded, “but already behind us and at our expense.”

It is gratifying that from the mouth of an influential advocate of European integration has sounded so sober assessment of the real situation in Ukraine. But I think that Victor Pinchuk is not entirely accurate accents. He had to understand that used on most of the Ukrainian society is not ready to accept his position in relation to NATO and the European Union. According to the “Democratic Initiatives” Foundation, in December 2016 56% Ukrainians were in favor of joining the EU, and 44% – in favor of joining NATO. In addition, it is obvious that the decision to join or nevhozhdenii Ukraine in these organizations depend primarily not from her, but from the West, and they take it there are not going in the near future, as has been repeatedly stated.

Ukraine, of course, may try to bargain some sort of compensation, but it is and it will do it (Pinchuk said this will not affect). And in Ukraine Crimean question, there is little that can change. But the solution to the problem of Donbass just depends on Ukraine to a great extent. On it, I think you would like to focus.

Victor Pinchuk is absolutely right in saying that the problem can be solved Donbass peacefully. And in this he is supported by the vast majority of Ukrainians. The continuation of hostilities, only 20% of Ukrainian citizens voted in November 2016, polled by sociologists from the center of “Sofia”. The rest are set to peaceful solutions. According to the same “Sophia”, the majority (53%) believe that war can stop quickly enough, almost as many (51.5%) believes that for the sake of ending the war and the normalization of relations with Russia Ukraine must be prepared to compromise. Opponents of compromise solutions is much smaller – 30%.

But what should be a peaceful means of solving the problem of Donbass? Options a bit – only two. The first is to provide special (autonomous) status of control is now territory of the special region of Donetsk and Lugansk regions (ORDLO) as part of the Ukrainian state. This option provides the Minsk Agreement.

The second possibility – the so-called “wall”, ie the temporary separation “DNR” and “LNR” termination with them relations of any kind (except for the need to pay pensions to residents of the region, as they earned a pension while working in Ukraine – that is the European approach ).

With the first embodiment, all clear. Unfortunately, it does not have the support of the majority of citizens (for it is expressed 27.6% of the people surveyed by sociologists “Sophia”, and 23.4% – according to the Razumkov Center). But without a serious public support Poroshenko, fearing protests, will retain the position of the ostrich. The more that the current parliament is unlikely to agree to accept the need for this legislation. procrastination policy has already led to the fact that the international situation began to change not in favor of Ukraine. Then, apparently, it will be even worse. It is still necessary to take constructive decisions. And if does not work with the option №1, should look to a variant №2.

According to a survey released in December by the Razumkov Center, half of Ukrainians ready to participate in the referendum on the future of ORDLO. Most of them (53.6%) would have voted on this referendum for official recognition ORDLO occupied territories and isolating them until full recovery control (among all respondents the figure was 44%). It would seem that it is an acceptable solution: hold a referendum and on the basis of majority rule to recognize a variant №2 as a temporary solution Donbass problems. With this decision, Ukraine could come to grips with the construction of the state on the European model, and to normalize its economic relations with Russia. Let not to previous levels (about 40% of total turnover), but at least to the average between the previous and current (approximately 8%), that is, somewhere around 25%.

For the embodiment №2 is necessary not only to achieve a referendum on the Donets Basin, but also put questions on it so that they do not cause rejection of the population. The majority of Ukrainians, as we know, could vote for ORDLO isolation for quite some time, but only 20.8% of Ukrainians are ready “to dissociate itself from the unrecognized” DNR-LC “, giving them the opportunity to stand on its own”, or officially recognize the Republic ( according to the “Sophia”).

The terminology here can play a decisive role. It is important to do everything to ensure that the insulation has been recognized, though long, but still time to ORDLO could return to the Ukraine in the case of the construction where welfare state and society. To do this, you need to save ORDLO as an independent entity which does not belong to Russia, at least for 20 years. This requires a coordinated European Union, the United States and Russia guarantee document. It should be provided that after a certain time (say, 10 years) in ORDLO be held under OSCE supervision, a referendum on a possible return to the Ukraine (after another 10 – second). Only after this can be finalized Donbass status.

I do not think that option №2 should be regarded as utopian. He must arrange Russia did no less than the option provided Minsk Agreement. Certainly he made the majority of the inhabitants of “DNR” and “LNR”. Europe is likely to express dissatisfaction with the fact that the territorial integrity of Ukraine is not restored immediately, but since the possibility of the restoration of the real solution would seem to be preserved and displayed, intractable problem, she, like the United States, a variant №2 may agree. More inclined to this option, and public opinion in Ukraine. This is important because without broad public support nor Poroshenko, nor any other political leader in Ukraine will not dare to take any serious action on the Donbas.

It is obvious that to implement a variant №2 will be difficult, but certainly no more difficult than to achieve the implementation of the Minsk agreements in full. In order to rapidly overcome the conflict in the Donbass region and mitigate the associated international tension should be, I think, at the same time work on the implementation of both options.

* Author – Vladimir Malinkovich, Ukrainian political scientist, journalist, member of the human rights movement in the USSR, member of the Ukrainian Helsinki Group. From 1980 to 1992, as a political emigrant, he worked in Munich editor program “Radio Liberty” and the chief editor of the magazine “Forum”. A former adviser to the president of Ukraine Leonid Kuchma, the director of the Ukrainian branch of the International Institute of Humanitarian and Political Studies. Currently living in Munich (Germany).