On the situation with human rights in Ukraine in 2016 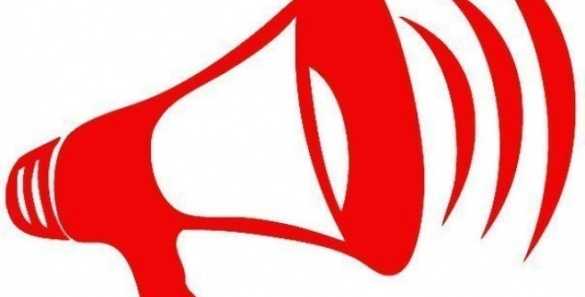 Board member of the Ukrainian Helsinki Human Rights Union, the head of the Kharkiv Human Rights Group Evgeniy Zaharov believes that the situation with human rights in Ukraine has not improved in 2016.

This he said in an interview Gazeta.ua .

– Last year, the country was undergoing improvements, – says human rights activist. – the beginning of macroeconomic stabilization, increased currency reserves, rising social standards. That is, there are signs of an improving economy. But no progress on improving the human rights situation, I do not see. For example, police reform stalled. And with good reason. Just last year, in October raised the salaries of investigators, detectives, district inspectors. And before they received significantly less than patrol. And this situation was abnormal. Because motivation is gone to work. Shortage in branches reached 30 percent. There was no one to work.

– What is the first thing to do?

– Who have the opportunity to continue the necessary changes. First of all, in the criminal section. After all, the reform of the Criminal Investigation and the investigation to date is the most necessary. Last year in this sense has been lost – due to lack of funds. Because starting any changes when there is insufficient funding law enforcement, against the loss of motivation of employees, is futile.

– What are the effects of human rights guard the most?

– Everything goes from inefficient style of governance. Offer to introduce the patrols, which will check whether all the work in the state. The urge to check the place of residence of immigrants, or to find out who receives a pension in Ukraine and ORDLO. This attitude of the state to the people wrong.

Recently I spoke to the chief doctor of a mental hospital in Kharkov. He said that the budget mentally ill on the day of release at 7 hryvnia food, medical treatment – 6 hryvnia. Therefore, the necessary funds are no drugs. As he comes out of the situation? Privileged categories, for example, consumptive or war veterans, 56 hryvnia relies on food. He divides all the advantages and all. In addition, it leads all money for food from paid services provided by the institution for citizens. Has established strict control over the catering department. He says: “I want to be a doctor, not a director of the concentration camp.” Appeals to all authorities – dull.

It is clear that we have a war going on, it takes more resources. But you can not treat people like this. I think the main problem of human rights in Ukraine, the lack of humanity and compassion on the part of the state to its citizens.

– whether the police are changing, prosecutors, other law enforcement agencies?

– To say that they really do not do anything, you can not. But they perform their functions effectively, taking into account the realities. Prosecutors now want to get a big salary. They complain that the police are getting more than they do. But the re-certification of police virtually failed. Because it was carried out on the basis of a legal act that is poorly prepared. As a result, anyone who did not pass re-certification could appeal against his dismissal in court. Thus almost all the security officers returned to their posts. It is simply a profanation, not reform. Re-certification does not become a means of purification of the police.

– That is, such things as torture, hanging Affairs on innocent knock readings were?

– It was less. In particular, because the new Code of Criminal Procedure contains a lot of fuses with respect to mistreatment, torture, and the like. For example, to detain a person, authorized by a judge need an investigator. In addition, there is a norm of getting free legal aid those who can not afford to hire a lawyer. It is also a preventive tool. Finally, the court will not accept evidence obtained during the investigation. If it was about a million, then in 2015 in 2011 the victims of violence by the police – 409 thousand. Number of victims of torture has decreased from 113 000 to 62. But this is still a lot.

– Ukrainians are turning to the European Court of Human Rights?

– statement was more because added complaints related to the military conflict in Donbas. It is, for example, prisoners of war – both military and civilian. They complain about the unlawful imprisonment, detention, torture, and the like. Only our organization in the past year, has written more than 200 such applications. More 300 – from our colleagues from the Ukrainian Helsinki Union. In addition, many of the rights violations associated with the loss of property as a result of hostilities. This is an obvious violation of property rights. Because people can not obtain compensation from the state, then turn to the European Court. The practice of national courts in this contradictory. Some courts satisfy the claim, when shelling destroyed houses and other refuse. When there is evidence that it is your property, the application to the European Court prospectively.

The problem is that there is no compensation calculation mechanism, and the state does not solve the issue. You can file claims against the Russian, as it is the aggressor and against Ukraine – for inaction.

The Court considered the first such case. Some applicants were denied because they did not provide evidence that the property belongs to them. Sent photos of destroyed houses and the thought that this is enough. A document failed to provide, as they destroyed along with houses.

– What are the consequences of the application of the law Savchenko?

– I do not think that the worsening crime situation is directly related to him. This is confirmed by criminological research.