Press Conference: Is trial by jury relevant for Ukraine? 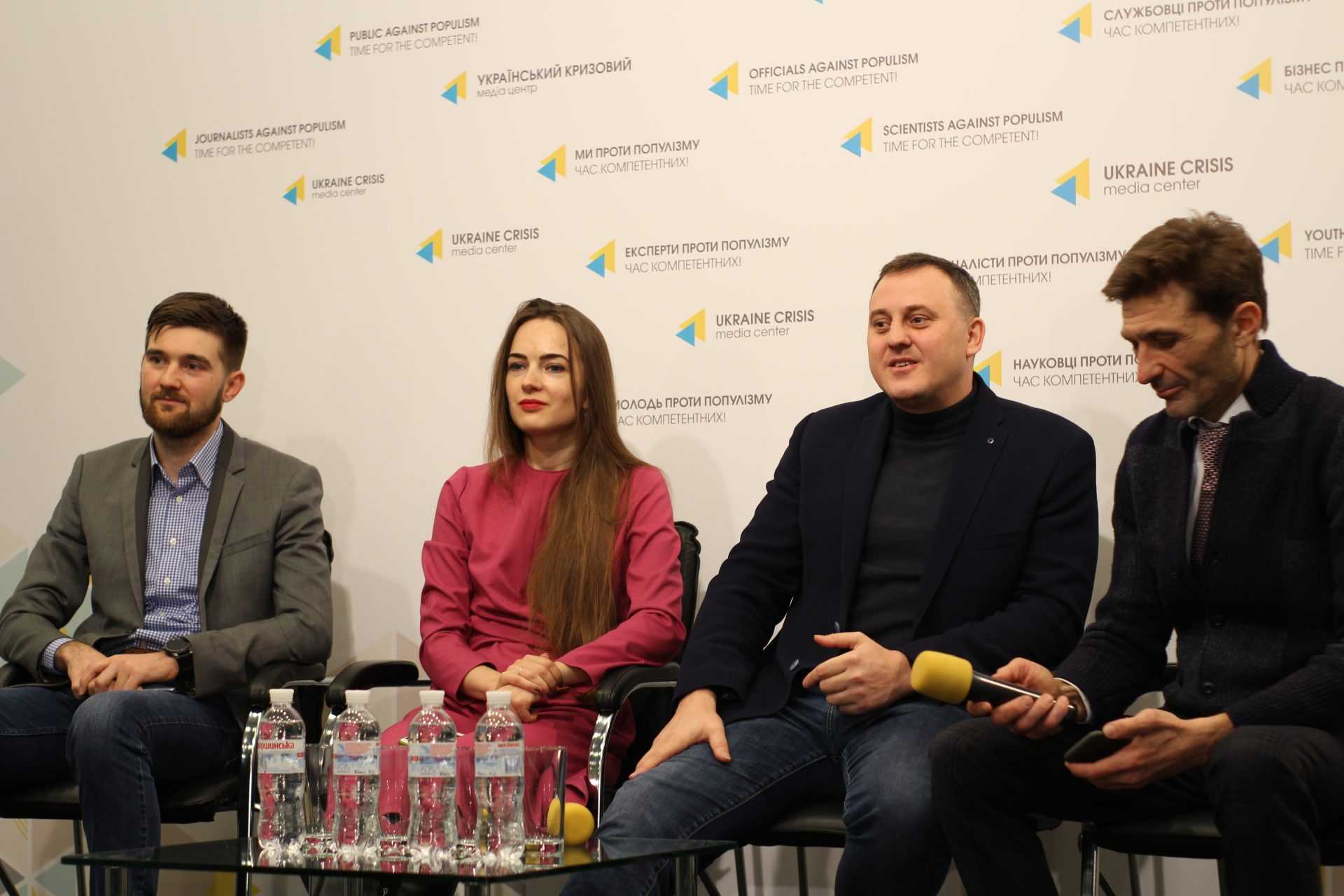 At 12pm on the 17th December 2018, a press conference took place at the Ukraine Crisis Media Centre on the question ‘Is trial by jury relevant for Ukraine?’

Since Ukrainian independence in 1991 there have been several attempts to modernise and reinforce the judicial branch of government. However, these attempts have not achieved their main aim – the creation of a strong and independent judicial system. More importantly, the level of public trust in the judiciary remains low. According to survey results, only 9.3% of the population trust the judicial system.

There are high hopes for trial by jury. Some hope that it will be able to remedy the shortcomings of other judicial mechanisms and facilitate further reforms. Others see the introduction of trial by jury as a chance to increase trust in the judicial branch of government by allowing the public to interact constantly with the system, and ultimately to form an active civil society.

Oleksandra Matviichuk – ‘Even in authoritarian Russia, where trial by jury has been been abolished for a whole range of crimes and replaced with tightly controlled courts in order to hinder the course of justice. Even there, Putin and his associates understand the population’s demand for justice and fairness and are ensuring the development of trial by jury in areas where there is no political dimension.’

Andrii Osipov – ‘Would you want to be tried by a judge who drinks coffee with the prosecutor and examines at least 20 or 30 cases a day? Perhaps it would be better if the judge sat on one side, the prosecutor and defence on the other, and opposite the defendant sat twelve ordinary citizens. Twelve ordinary citizens is the standard number of jury members according to global practice. These people are present in the courtroom during the trial and have equal rights with the judge to decide whether to convict or acquit the defendant, as well as which sentence to give.’

Dmytro Koval’ – ‘The lay judges and hybrid courts that we currently have in Ukraine are not enough. We need to gain the public’s trust and examine the distribution of responsibility between the court and the jury members. So that jury members can make their decisions free from the influence of judges. Then we will see a growth in trust towards the judicial system.’

The Ukrainian constitution allows for the people to participate directly in the administration of justice via juries. Yet the ‘jury members’ referred to in Ukrainian legislation are no more than lay judges, a vestige of the Soviet system. At the moment, three ‘lay judges’ preside over all judicial proceedings along with two judges, whereas, according to the classic definition, jury members are independent and free in their decision-making.

The draft legislation developed by experts from the ‘Human Rights Agenda’ platform is intended to solve this problem and ensure lay judges are independent from judges on a legislative level.

Very often we are told that Ukraine doesn’t have the money to introduce trial by jury. But money is irrelevant in this case. We are talking about safeguarding democracy in Ukraine.

The press conference was held by:

Please contact Serhii Zaichenko with any further questions on +380671032046 or at human.rights.agenda.ua@gmail.com