HRHN’s Head of Advocacy, Florian Irminger on the ratification of the Rome Stature by Ukraine. February, 2016 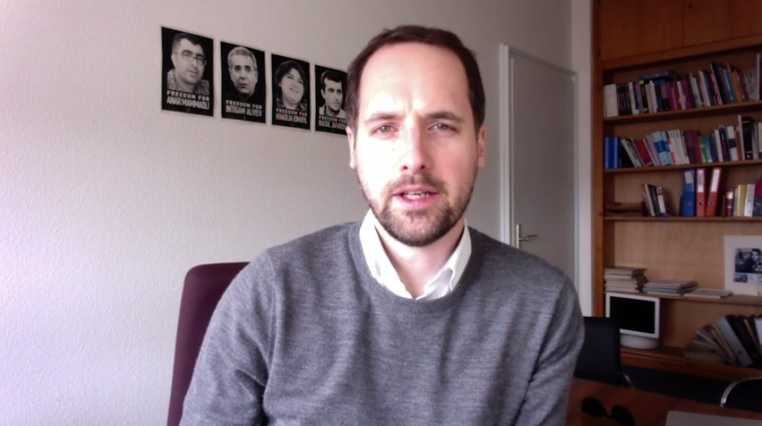 Center for Civil Liberties and other NGOs is marking two years after Euromaidan by appealing to the Ukrainian government to ratify the Rome Statute.

An appeal by Human Rights Agenda Platform, an informal coalition of Human Rights organisation in Ukraine, noted that the Committee for Legal Policy and Judiciary decided not to include into the voting agend Act no. 1788, which removes legal obstacles to the ratification of the Rome Statute of the International Criminal Court.

“According to the Committee Members, the basis for such a decision was the fact that this issue is already taken into account in the project to amend the Constitution of Ukraine (regarding judiciary) no. 2534. Moreover, the Committee for European Integration stated that act no. 1788 is not required to bring Ukrainian legislation in line with EU standards. It is worth noting that the ratification of the Rome Statute of the International Criminal Court is included in the article 8 of the Association Agreement with the EU, and shows Ukraine’s commitment to international justice. Therefore, the claims of the Committee of European Integration do not correspond with reality.

The act of amending the Constitution of Ukraine regarding judiciary (no. 2354) does indeed include analogical amendment with the proposal of the Human Rights Agenda. But the process of adopting changes into the Constitution is extended in time due to the necessity of lengthy public discussions on a range of important issues. Additionally according to transitional provisions of the project, for inexplicable reasons, this norm comes into force only 3 years after adoption of changes to the Constitution which additionally delays ratification of the Rome Statute

The Human Rights Agenda Platform draws the attention of the Deputies to the fact that ratification of the Rome Statute is not only implementation of the Association Agreement, but the only current chance of proper investigation into war crimes occurring in Temporarily Occupied Territories and bringing war criminals to international criminal justice. Human Rights Defenders remind the Members of Parliament of their personal responsibility and appeal to them to do whatever is in their power for Ukraine to become a member of the International Criminal Court in the nearest future.”