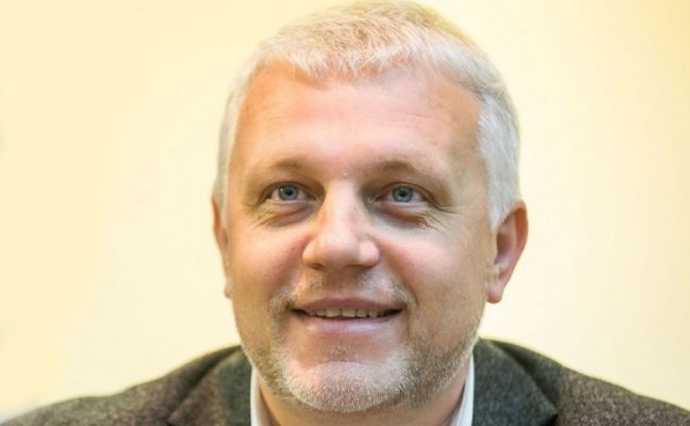 July 20 is the anniversary of the journalist Pavel Sheremet’s resonant murder, who died in 2016 as a result of a car explosion in the center of Kyiv. Then the President of Ukraine Petro Poroshenko called the detection of this crime “a matter of honor” and stressed that “it is not only about the honor of the police, prosecutor’s office or the SBU, it is about the honor of the country”.

Based on the Main Investigation Department of the Ministry of Internal Affairs of Ukraine, a joint investigative task force headed by the head of the National Police of Ukraine was created. Procedural guidance during the investigation was assigned to the Office of the Prosecutor General of Ukraine. The Security Service of Ukraine executed investigators’ orders in the framework of investigation of intentional murder.

Despite the publication at this year’s press conference by the Ministry of Internal Affairs of Ukraine of significant figures on the number of interrogated persons, video materials processed, investigative actions and expert assessments, according to the results of the whole year of the investigation, we are forced to state its ineffectiveness.

We understand that an effective investigation of a crime does not imply the obligation of the competent authorities to find guilty persons in any way. However, we are talking about the duty to ensure that such a procedure is carried out, which can identify the perpetrators and lay the foundation for bringing them to justice.

In the course of preparing the film “Investigation of Pavel’s Murder” journalists from the “Investigation.Info” project and their colleagues from the OCCRP international network, systemic weaknesses in the quality of the work of the investigating authorities were identified. They convincingly testify that the authorities had not taken all the measures available to them to gather evidence in this case.

In particular, the investigation did not identify and interrogate any important witnesses who were present at the crime scene. The key video from the surveillance cameras, on which the suspected men and women appear last time, were not detected or were not taken into consideration. And only after the release of the film in May this year, the police questioned Igor Ustymenko, an ex-fellow of the SBU, who allegedly watched journalist Pavel Sheremet on that night when a car was bombed.

Such a situation does not meet the criteria for an effective investigation, namely, the speed, diligence, independence, objectivity and accountability of investigative bodies to interested parties. Moreover, such a situation undermines public confidence in the investigation process and its results.

In Ukraine, there is a true tradition of impunity in attacks and murders of journalists related to their professional journalism activities. Georgy Gongadze, Igor Aleksandrov, Boris Derevianko – the list of those killed in crimes, whose perpetrators have not suffered just punishment, can be continued. Therefore, we are convinced that without a radical change in the organization of the investigation process, despite all assurances of senior government, society will not receive a positive result in this case.

In view of the foregoing and emphasizing the special public interest in this investigation, we demand that the President of Ukraine, the Minister of Internal Affairs of Ukraine, the Prosecutor General of Ukraine and the Head of the Security Service of Ukraine to immediately take the following actions:

We are asking the European Union, the United Kingdom of Great Britain and the United States of America to provide the necessary assistance and to facilitate the involvement of the international element in the investigation of the journalist Pavel Sheremet’s murder, which has become a real test of the ability of the Ukrainian authorities to investigate the attacks on media freedom. Freedom, which is a prerequisite for the democratic transformation of our country.

Oleksandra Matviychuk, Chairman of the Board of the Center for Civil Liberties

Oksana Romanyuk, Executive Director of the Institute of Mass Media

Volodymyr Shcherbachenko, Chairman of the Eastern-Ukrainian Center for Civic Initiatives

Oleksandr Lemenov, Founder of the Center for Local Self-Government

Vadym Mysky, Director of the Laboratory for Democratic Transformations

Anatoly Zasoba, Chairman of the Board of the Crimean Diaspora NGO

Dmytro Romanovich, Head of the Center for Reform Promotion

Dmytro Sinchenko, chairman of the NGO “Association of Political Sciences”

Igor Kozub, Head of NGO “Volunteer Association of Participants of Maidan and

Mykola Kozyrev, Chairman of the Board of the Public Committee Human Rights Protection

Iryna Movchan, Director of the Ukrainian Educational Center for Reforms

Serhii Tomilenko, Chairman of the National Union of Journalists of Ukraine